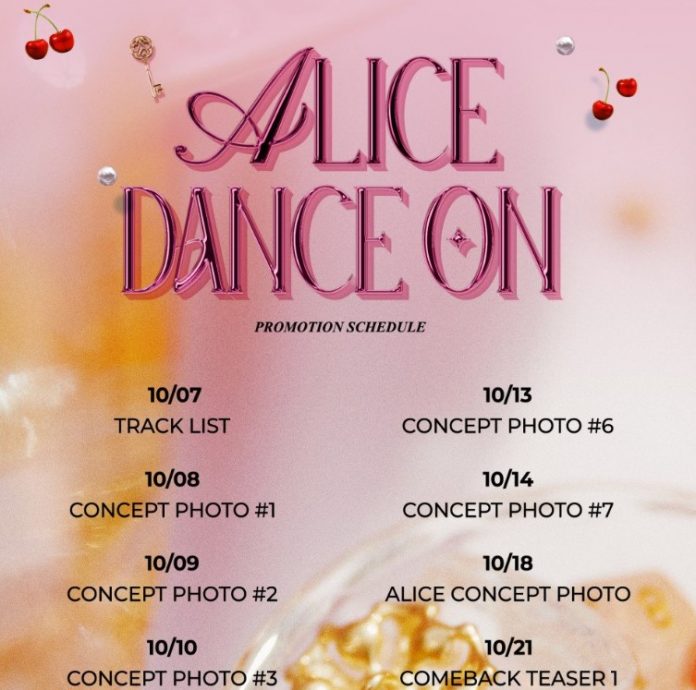 On October 5, ALICE released a poster revealing their comeback schedule for the band’s upcoming first single album, “Dance On“. This will mark the release of ALICE’s new music release five months after their second digital single “Power of Love“, which was released in May.

According to the poster, ALICE will announce the album’s tracklist on October 7, followed by concept photos that will be released from October 8 to October 18. The album and music video are due to be released on October 27 at 18:00 Korean time.

BTS “collaborated” with Olivia Rodrigo at the Grammys 2022 a few...

Cristina and Burke’s relationship was aimed at success