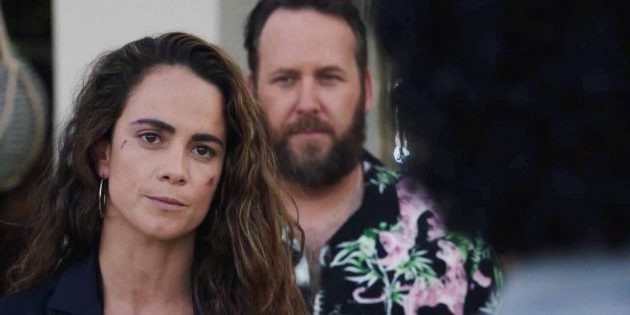 The popular USA Network and Netflix series Queen of the South is preparing for the premiere of its season 5, where the main actress, Alice Braga, has revealed some photos that have alarmed all the fans of the show by a tragic death .

As has been announced, the production of season 5 of Queen of the South is for more than half of its episodes established for this new installment.

The actress who plays Teresa Mendoza, Alice Braga, has revealed on her Instagram stories, several photos from the Queen of the South film set, in which she sees scenes of a murder.

But things didn’t stop there, as a second photo showed a torrent of blood splattered on the ground. It appears that the body of the victim in Braga’s first photo has been dragged away.

The actress wrote the following on her Instagram: “Another day on the set of #QOTS.”

Rumors that Queen of the South season 5 will be the last of all have been mounting, after James’s actor Peter Gadiot hinted at it on his Instagram.

But, unfortunately fans will have to wait for the premiere date for the new season, to really know what will happen to La Reina del Sur and her drug trafficking network.