Home Celebrity Ali Wong and Justin Hakuta have separated and are divorcing after 8... 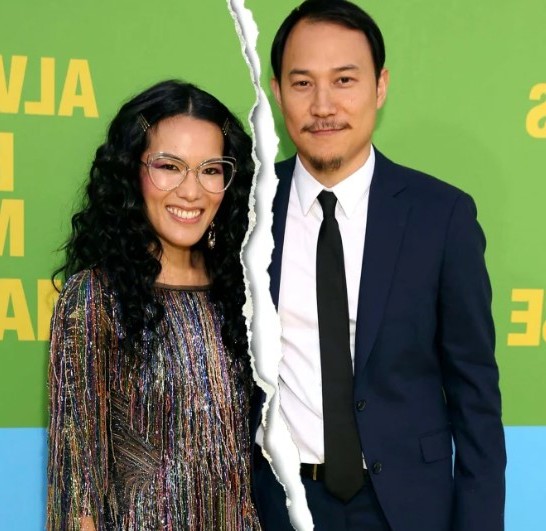 It’s over. Ali Wong and Justin Hakuta have separated after eight years of marriage.

A representative of the actress confirmed to People on Tuesday, April 12, that the couple is going to file for divorce.

The 39-year-old comedian married the 39-year-old entrepreneur in 2014. The couple met four years earlier at a mutual friend’s wedding. Wong and the Harvard Business School graduate have two daughters: Marie, born in 2015, and Nikki, born in 2017.

Hakuta and the Always Be My Maybe star had their differences, which Wong often used as inspiration for her stand-up performances, including in her Netflix hits, Baby Cobra and Don Wong.

In Hard Knock Wife 2019, she joked about Hakunta’s family forcing her to sign a prenuptial agreement that expected him to earn a higher income. This, of course, changed after she gained fame.

“No one could have predicted such an outcome,” she told the audience. “So much so that before we got married, his family forced me to sign a prenuptial agreement. It’s true, and now if we get divorced, their son is finished. No more sashimi on Tuesday! No more fancy Japanese toilet bidet that pours water and Hello Kitty sings a song until your ass is fresh and clean. Get back to clean water, bitch!

She continued: “They say that if you earn more in a relationship, then you are the breadwinner. I think my husband is a real breadwinner because he won a bread maker. Being a woman and a breadwinner isn’t everything, okay?

Wong revealed more about the prenuptial agreement in her 2019 book, Dear Girls: Intimate Stories, Untold Secrets and Tips for a Better Life, explaining that although her husband was a successful businessman, it was clear in their prenuptial agreement that she should not rely solely on his income.

“I was very interested in earning my own money, because I signed a document that specifically stated how much I could not depend on my husband,” the San Francisco native wrote. “My father always praised the gift of fear, and this marriage contract scared the hell out of me. After all, being forced to sign a prenup was one of the greatest things that has ever happened to me and my career.”

Wong remained honest and off-stage. In an interview with Health in October 2019, she said that her husband does not want to meet her at Hollywood parties or walk red carpets with her.

“We talk a lot about the transitions we go through as a couple. He is so happy for me, but this lifestyle is not what he expected,” she explained then. “He is not a man of events. So we decided that he wasn’t going to come to any more events — just not the way he wants to spend time. I understood.

What events drastically affected the history of the series