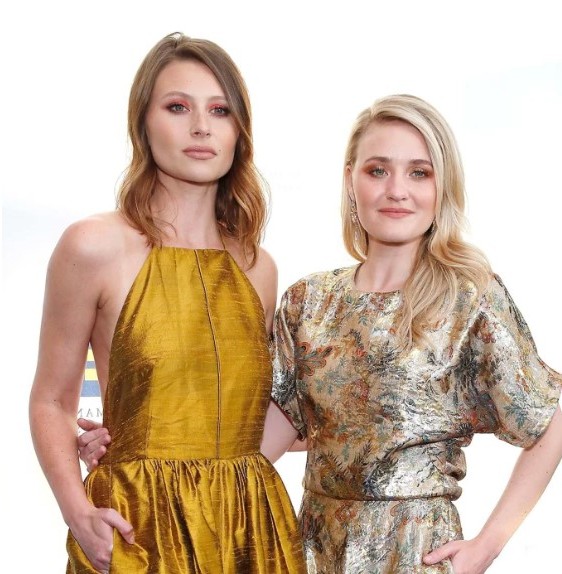 A terrible situation. Ali and AJ Michalka said their tour bus was “caught in the crossfire” of a mass shooting that occurred in Sacramento, California.

“Distraught by the mass shooting last night at a concert hall in Sacramento,” the sisters, who practice music under the pseudonym Aly & AJ, wrote on the band’s official Twitter account on Sunday, April 3. — All our thoughts are with the families. those who died and those who are recovering today. We pray for the medical professionals caring for them. We hope that all our fans got home safely.”

The duo kicked off their A Touch of the Beat Tour on Saturday, April 2, with a performance at the Crest Theater in downtown Sacramento. Early the next morning, at least six people were killed and at least 12 injured in a mass shooting that occurred near the Capitol building, surrounded by busy clubs and concert venues.

Many of the victims turned out to be passers-by who were enjoying the evening. Police Chief Kathy Lester told The New York Times it was unclear what led to the violence and asked anyone with information to contact the Sacramento Police Department.

Mikhalka noted on Twitter that their bus “got caught in the crossfire,” but that everyone in their tour group was able to take shelter on the spot and was not injured. “Thank you to everyone who reached out to you,” they continued, adding that the incident was “a reminder that today your loved ones should be as close as possible.” We have to do something about gun violence in this country.”

Ali, 33, and AJ, 30, released their fourth studio album A Touch of the Beat Gets You Up on Your Feet Gets You Out and Then Into the Sun in May 2021, which became their first album in more than a decade.

“It has always been very important for us. We grew up listening to a lot of artists who wrote their own music,” AJ said at the time. “I think if someone held us back and said: “You can’t write your own stuff,” I really don’t know if we would still like to release art, because that wouldn’t be very sincere. what we want to say. …I’m really glad that we made it very clear on the first record that we were going to write all our material from scratch, because in the end it paved the way for every record.”

Aly & AJ also released an updated, candid version of their 2007 hit “Potential Breakup Song” in December of the same year.

“I think people are coming back to nostalgia and memories now, and it was a year when a lot of people didn’t feel safe, and listening to old music or watching an old movie was a comfort,” AJ told Entertainment Weekly in November 2020 about the song’s resurgence in popularity. “And it was one of those things where there was something like:”Yes, ‘A song about a potential breakup’ – let’s break up with [2020].””