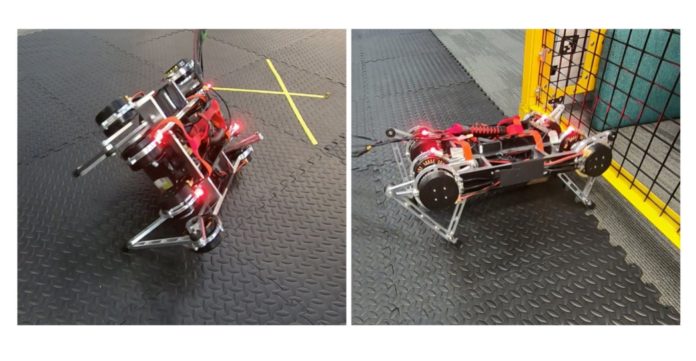 Although significant advances have been made in robot technology today, human intervention is still required for robots to learn to walk. Google researchers have developed a new algorithm to reduce this intervention.

Since the recent past, which we call the age of technology, robots have been the subject of both science fiction works and utopia and dystopia works. It is a fact that robots, which are thought to reduce the workload on people, and sometimes will bring the end of humanity, will play a very important role in human life in the coming years.

Of course, there is still a long way to go before robots can get to that stage. Human intervention is required in many problems that even robots that move with the algorithm need to overcome, but a new study by Google significantly reduces the need for human intervention in the learning process of robots.

Algorithms and learning process:
Google Robotics researchers, who wanted to fine tune the existing algorithms successfully, handled a four-legged robot to teach processes such as walking back and forth, turning. The first thing researchers did in this process was to test algorithms in a virtual environment with a virtual robot. In this way, the real robot was prevented from taking damage.

The researchers also tested the robot in the real world from the very beginning, as they transferred the real world to a virtual environment. Thanks to this, the robot managed to adapt to the steps and rough terrain much more quickly, but human intervention was still required at this point.

Researchers who wanted to avoid this also limited the robot’s work area and forced them to learn multiple turns at once. If the robot managed to walk forward at the boundaries of its territory, it would recognize its situation and learn to walk back. In this way, the robot could start learning new skills while human intervention was reduced.

Thanks to this system, the robot was able to learn how to act autonomously on different surfaces by using trial and error method. Ultimately, human intervention was eliminated, and another important milestone in robot construction has been exceeded.

Of course, this does not mean that research does not have its own limits. The researchers used a highly developed motion detection system to determine the position of the robot in this system, which is not something that can be seen in ordinary robot applications. The researchers’ current goal is to integrate this algorithm into different types of robots.

Why did Red Skull, one of the Marvel characters, not get...

Miley Cyrus: her ex Liam Hemsworth gets hit on by a...

JUSTIN BIEBER RECEIVES CRITICISMS FOR THE PHOTOS HE USED TO PROMOTE...

NBA 2K21 impressions: this is the new Neighborhood