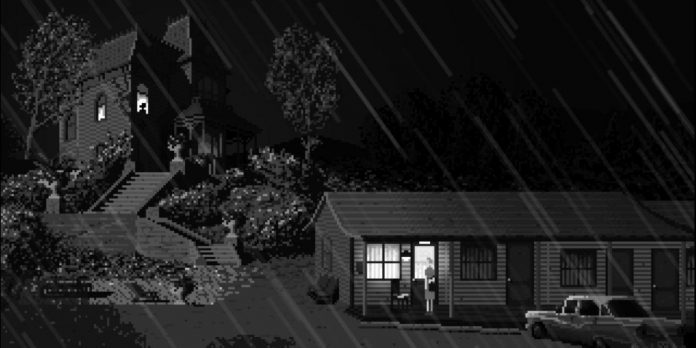 Despite the fact that it caused controversy after its release, Psycho is often credited with changing cinema due to scenes of violence and sexual images pushing the boundaries of what the censors of that time allowed, even if by today’s standards it can be considered tame. The most recognizable example of this is the iconic murder scene in the shower, which remains one of the most famous scenes in the history of cinema. Director Alfred Hitchcock also used his influence in Hollywood to force movie theaters to set a strict start time for screenings of the film to prevent viewers from spoiling the main turns of the film for them. In addition, an adventure game was adapted for DOS in 1988, although little has been done with IP in the gaming world since then, probably due to the poor reception of the game.

2D animator and point-and-click game developer Mathieu Ratier seems to be making amends for this provision, taking to Twitter to offer a brief overview of his unofficial game adaptation of the 1960 classic “Psycho” by Alfred Hitchcock. Earlier, he presented the project, stating that it “should be just a pixel illustration,” but since then it has turned into a full-fledged point-and-click adventure. A cursory glance is short, but the style of black-and-white pixel graphics really conveys the dark, sinister images of the Bates Motel used in the Hitchcock film. The scene in the clip is an adaptation of the moment at the beginning of the film when Marion Crane meets the socially awkward Norman Bates for the first time when she checks in. Ratje paid close attention to the details in the film, as the dialogue used is taken directly from the film.

Here is a brief overview of my unofficial adventure game from Psycho for #TrailerTuesday#indiegames #pointandclick #hitchcock #pixelart pic.twitter.com/869J1qNeru

This is not the first Ratier adventure in the “point and click” genre. Earlier in 2019 , he released a comedy Slipman, which tells the story of a man locked in his apartment in his underwear, who has to explore different floors of his house in order to return to his house. Shortly after the release of Slipman, he also announced that he was working on a new horror game set in an elevator, called (Hell)evator, which can be played as a browser game, although it is still marked as unfinished. on his page itch.io .

Fans of Alfred Hitchcock’s “Psycho” will probably be interested to see what Ratje’s game will look like after its release. If one thing is clear from the clip and the images that Ratye posted from the game, it’s that the unofficial project seems to be trying very hard to pay tribute to the classic film.

The 90-day Groom: the times when viewers sided with Angela, not...