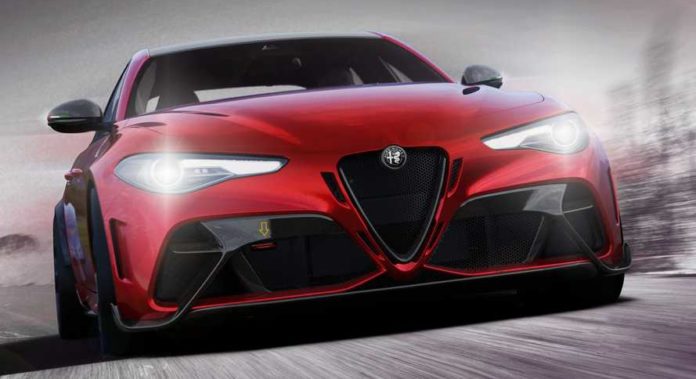 Italian carmaker Alfa Romeo introduced Giulia’s GTA and GTAm models. The special series, which will be produced only 500 pieces, is enchanting with its design while downloading Formula 1 technologies to the roads. The company has started pre-ordering its new vehicles.

As of March 5, Switzerland would host one of the largest fairs in the world. This fair, called “Geneva Motor Show”, was unfortunately canceled due to the Corona virus, which appeared in China and spread worldwide. As such, the plans of automobile giants suddenly turned upside down. Because many automobile manufacturers would bring their newest models to consumers within the scope of this fair.

One of the companies that will attend the Geneva Motor Show was Alfa Romeo. Alfa Romeo has been experiencing financial problems for some time and has even suspended the production of some of its popular models due to problems. Despite all these events, the company aims to return to its old days with a new model developed to appeal to all car lovers. In this context, Alfa Romeo officially announced the Giulia GTA and GTAm models.

Here comes the Italian handsome Alfa Romeo Giulia GTA
Alfa Romeo’s Giulia model is one of the company’s most popular vehicles. Announced Giulia GTA and GTAm models are presented to consumers in a performance-enhanced and somewhat facelifted manner. The company has combined performance enhancements with Formula 1 technology. In this context, we can say that Alfa Romeo’s new vehicles have brought Formula 1 technologies to the streets.

Giulia GTA has a body kit called by the company “Sauber Aerokit”. This kit is for the vehicle; It adds side skirts, front splitter, rear diffuser and a spoiler. In addition, the vehicle’s 20-inch wheels and special suspensions also benefit from the GTA version of the Giulia model.

Both of Alfa Romeo’s new vehicles include 2.9-liter twin-turbo V6 engines. These engines provide 540 horsepower to Giulia’s GTA and GTAm versions. The company has combined this high power with an 8-speed automatic transmission. But if their engines are the same, what difference is there between GTA and GTAm? The Alfa Romeo Giulia GTAm has details such as racing seats, a different front splitter, fire extinguisher and helmet cavities.

The Giulia GTA and GTAm models developed by the Italian-based car manufacturer with a performance focus are 220 kilograms lighter than the normal version of the Giulia. The company lost this weight; it gains carbon fiber materials, coatings and even fenders in vehicles. In addition, Giulia GTAm also uses carbon material in its seat structure. All these efforts allow Giulia GTA and GTAm to reach 100 km / h in just 3.9 seconds.

Alfa Romeo did not announce the prices of its new vehicles. Referring instead to the number of productions, the company said that the GTA and GTAm models will total 500 pieces. In the statements made, it was stated that most of the 500 samples will be sent to the European market, but US consumers will also be able to purchase these vehicles. Pre-orders of the Giulia GTA and GTAm models have started as of today.

Our Christmas games 2020. We wish you happy holidays