Home Celebrity Alexis Ren In The Shower: Surprise With The Selfie! 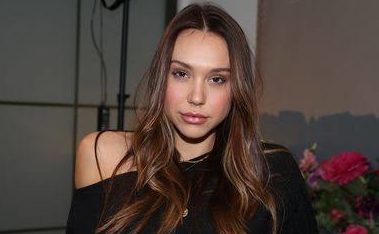 Alexis Ren In The Shower: Surprise With The Selfie! The image is brutal. More than 13 million followers on Instagram have made the beautiful Alexis Ren, one of the best known models.

It is also considered a great dancer and influencer of great punch in the entire community of digital platforms. The one born in Santa Monica, California, frequently turns on social networks with photographs that leave her fans in a state of visual shock, and it is not for less, because it has an impact body.

Her figure is the cover letter wherever she goes. An image of Alexis has appeared on Instagram, wearing a silver swimsuit where it clearly demonstrates that her impeccable print is the product of many hours of exercise and good food. Looking at the photograph, we can appreciate that her beautiful face and fixed gaze give her that mysterious and sensual touch that she surely wanted to achieve.

One of the things that pleases this beautiful girl is to expose her body frequently to the scrutiny of all her fans. Generally, the comments are positive flattering her amazing figure. Although a few believe that Photoshop does a great job in highlighting its image. Faced with such assertions, she has said that she does not need filters to look as she is.

lost in my thoughts

Alexis Ren and Noah Centineo couldn’t hide it anymore
They have been seen together on more than one occasion, where the paparazzi lens has captured romantic moments to say the least, such as seeing them holding hands, hugging and making eyes. The model days ago had come to pass to such comments, noting that they were only good friends, but “when the river sounds, stones brings.” This lovely couple could no longer hide their relationship by attending a red carpet in Hollywood together. Alexis Ren feels relieved, because she won’t have to hide it anymore. Will they become the couple of the moment?

Kourtney Kardashian: her daughter Penelope appears in a coat for 1,000...