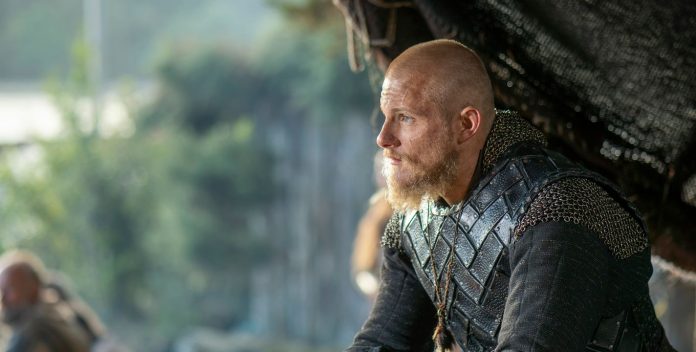 On December 30, Vikings fans finally received on their screens the final episodes of the historical drama, which had been waiting for months on Amazon Prime Video.

For several months, Ragnar fans Lagertha and Bjorn eagerly awaited the episodes that would end the story of everyone’s favorite series, Vikings.

In this final wave of episodes, the sons of Ragnar marked their destinies. The creator of the series, Michael Hirst, revealed in December that he sadly had to say goodbye to his favorite characters.

In this regard, everyone’s favorite Vikings, Ragnar’s son Bjorn (Alexander Ludwig) died in the series’ final episodes, leaving fans divided over whether or not the character had a proper ending.

What is certain is that Alexander Ludwig, the interpreter of Bjorn, after the death of his character took home a particularly sentimental gift. During an interview with ET, the actor revealed what he took to remember Bjorn Ironside.

In this regard, Ludwig explained that every time a Viking character dies in the series, the actor who gave him life takes home a shield signed by the entire cast and crew. In addition to this, the actor received another gift. This is what he revealed:

“And Michael Hirst also gave me the Sword of Kings. It said, ‘Bjorn Ironside’ in Norse engraved on the sword. So I got it, and it was an amazing gift.”

“And then the only thing I stole was all these amazing antlers all over the place. And I had to decorate an apartment and I love that rustic feel, I’m a country boy at heart. And I went to one of the prop guys and I said, ‘Dude, I have to take this home with me.’ And he said, ‘No. And I just took it off the wall and it was like,’ I’ll take this home with me, ‘and I started walking off set. I said, “Guys. I really, really want to take this home with me. We have like, 500 of them. ‘ And they said, ‘Okay, we’re going to build you a box and send them home to you.’ So they sent me home these beautiful antlers and I got them just fine. “

Margot Robbie recalls how the Barbie photos that blew up the...