Home Entertainment Alex Kidd in Miracle World DX, Analysis. The Hero That Could Be 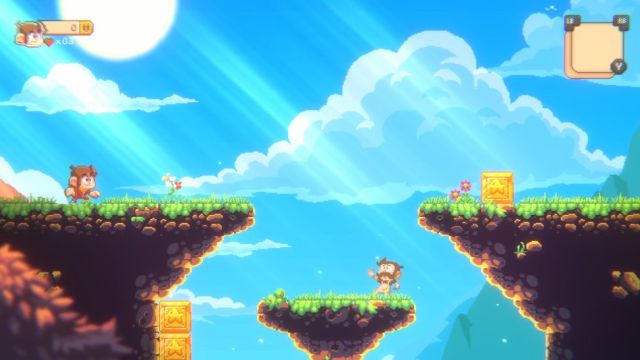 Alex Kidd: The classic Alex Kidd in Miracle World returns renewed to Switch, Xbox One, Series X | S, PS4, PS5 and computers from the hand of the Spanish Jankenteam. One of our childhood heroes is back. We talk about the first adventure of the prince of Radaxian; Alex Kidd in Miracle World. The video game, which was released for the Master System II console and which is mostly known for being included in the memory of the console, left very good moments in the memory of the gamers of the time.

Today we have in our hands a renewed version with the DX tag and developed by the Spanish studio Jankenteam with some improvements over the original. Of course, not everything that glitters is gold, so it is best to continue reading our analysis.

Alex Kidd is back

It’s exciting to see the franchises of the past revive. And if it is at the hands of a national study, all the better. When it was announced that Alex Kidd would come back to life, social networks made the video game a trend in them. Master System II was for many their first console, especially because when buying it, nothing else was required, it included a video game in memory! This title was Alex Kidd in Miracle World, so many users started in the world of video games with this title. A video game that, by the way, was not going to be such in its first stage of development, but one based on the work of Akira Toriyama; Dragon ball

Alex, prince of Radaxian, discovers that his people are being attacked by the villain Janken. His mission, as heir to the throne, is to eradicate the army of this evil being with his fists or… fighting with rock, paper or scissors!

The adventure in its day was not for all audiences, and we are not talking about its aesthetic part. It was a difficult title, that made you sweat and with very well measured platforms. It could be finished, of course, but it required some expertise and enough time because it did not have a slot to save the game or the typical passwords of that generation. This, luckily or unfortunately for depending on which player, is maintained in this reimagining of the SEGA classic. In fact, Merge – its distributor – insisted that an option be added to grant infinite lives to the user.

For those who do not know Alex Kidd in Miracle World, it is a two-dimensional side-scrolling platform video game in which the character punches his enemies, collects money – which he then uses in stores to buy accessories, life or vehicles – Smash bricks and face off against bosses at the end of the stage. These great enemies can be defeated in the old way or depending on who we face, in a duel at the mythical children’s game rock, paper or scissors.

The phases are short although full of enemies and traps set with very bad milk, something common in those times when we could only afford a couple of cartridges a year. It is a difficult game, we are not going to fool you, but the adventure can be completed through trial and error. Despite smashing bricks or jumping between platforms in true Mario Bros. style, the action here is far from resembling that of the mustachioed plumber. It is somewhat more agile and direct.