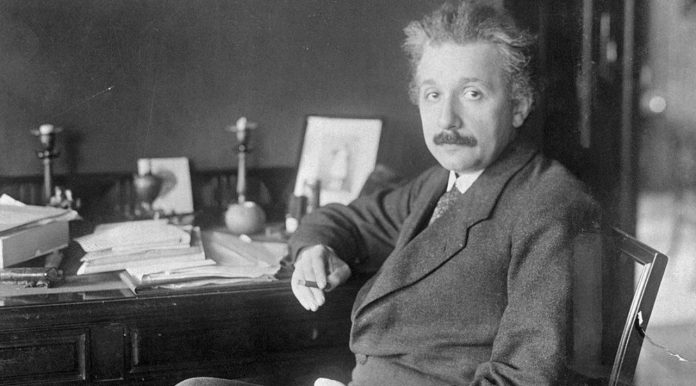 Albert Einstein made great contributions to physics. The letter of Albert Einstein, in which he wrote one of the basic concepts of modern physics, has been sold.

The handwritten letter written by Albert Einstein was sold at an auction in the USA. The letter, which contains the most famous equation of the genius physicist, found buyers for $ 1.2 million. Officials announced that this price was three times more than they expected. The equation changed physics by showing that time is not absolute and that mass and energy are equivalent.

To whom did Albert Einstein write the letter?

The equation in question was first published by Albert Einstein in 1905 in a scientific journal. The equation named E = mc² (energy equals mass times the speed of light squared) explains the mass-energy equivalence in physics. Scientists consider the equation a fundamental concept in modern physics.

Archivists of the Albert Einstein Papers Project at the California Institute of Technology and the Hebrew University of Jerusalem made a statement. Archivists said there were only three known examples of Albert Albert Einstein self-written world-changing equation.

This fourth example, the only one in a private collection, was at the Boston-based RR auction house. Auction officials recently opened it to the public, expecting the letter to be sold for about $ 400,000.

Bobby Livingston, vice president of RR Auction, made a statement. Livingston said, “An important letter, both from a holographic and a physics point of view. “The best known equation ever put forward.” said.

RR Auction shared the translation of the letter. In the letter, Albert Einstein said, “Your question can be answered with the formula E = mc2 without any knowledge.” Wrote.

The letter was part of the personal archives that Silberstein’s descendants sold, according to the Associated Press news agency. The auction, which started on May 13, ended on Thursday. At first, five participants bid aggressively. However, when the price increased to about 700 thousand dollars, a race between the two participants started. RR Auction referred to the recipient of the letter only as an anonymous document collector.

Albert Einstein, one of the most important scientists in the world, made many important works in physics and mathematics. In 1921, the physicist received the Nobel Prize in Physics.

A Covid mutation has been discovered that will surpass the delta...