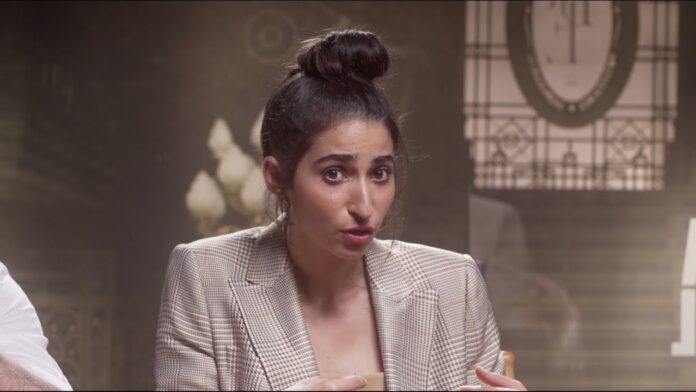 Actress Alba Flores who plays Saray in the series ‘Vis a vis‘ and Nairobi in ‘La casa de papel‘, talks about her success, popularity and fame.

Given the recognition that Nairobi has granted her internationally, Alba Flores admits feeling “flattered” but with “fear”, trying to “learn to handle it”. The actress closes a cycle in “Vis a vis” and “La casa de papel” trying to assimilate her success:

I don’t dedicate myself to this profession because of its popularity. “

Alba Flores has become an international icon thanks to her role as Nairobi in the series ” La casa de papel “, which has elevated her name to a stadium in which the actress herself admits feeling overwhelmed and “scared” but At the same time, “flattered”.

On the occasion of the participation of the actress in the last chapter of the series “Vis a vis”, who says goodbye to her legion of fans this Monday after five intense seasons, Flores takes stock before the press, in a virtual meeting, of her last year and the vertigo of its exposure and ” popularity ” worldwide.

“I like it, but it scares me. I don’t know what popularity is like. I’m trying to understand it and see how much popularity I wanted in my life and if I wanted popularity,” Flores says when asked about her sensation when she is represented as Nairobi in a huge mural painted in Berlin as a tribute to the character.

I do not dedicate myself to this profession because of its popularity, it is something that has been inherited from me. I dedicate myself to it because I like to tell stories, “continues the actress,” I am seeing the best and healthiest way to deal with it. I am very flattered, but it overwhelms me. “

A year of changes and emotions

In relation to this last year, Flores acknowledges having lived a whirlwind of emotions: “It is the year of the vortex for me” , to which he adds: “On the one hand, because of this pandemic, because there is a before and after and, for another, because I am putting an end to what has been the last five years of my life. ”

The actress says goodbye, in this 2020, to Nairobi in “La casa de papel” and this Monday she will do it with Saray in “Vis a vis”, a double farewell with which Flores closes a five-year cycle that, according to her, It had to end in order to move forward: “I have lived it and cried with the end of everything, but I am very vital and I want life to continue and other projects to come, that we may change.”

“Because of my personality, I would feel very trapped if they told me that I have to continue in these two series for five more years. I prefer to risk doing worse, because the bar is too high, than to stay in the same place. To me, vitally, it gives me more to go to different things, “he says.