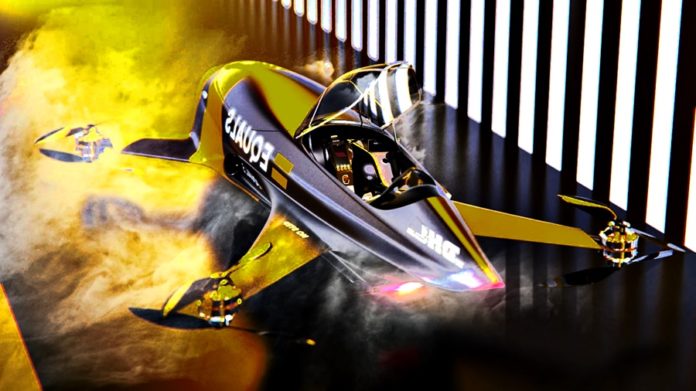 Although flying cars that many people have dreamed of have not been developed yet, electric flying car races are coming true. Alauda, ​​the company that will organize the race, plans to hold the first race in 2020.

In many science fiction movies, novels or games, flying car races have been described or described. We do not have the flying cars described in those books, movies or games at the moment, but there are some initiatives on this matter.

Producing electric flying cars and organizing Airspeeder races, founder of Alauda, ​​Matt Pearson said, “Electric flying cars are advancing to the reality that will liberate our cities and will be the answer to the long-term problems we face. Nothing can advance technology as fast as competition. “The F1 pilots of the early 20th century pioneered the spirit we used today.”

Alauda is ambitious in carrying the future we see in the games to the present. It is possible to say that the system was inspired especially by the games. Pilots will use augmented reality technology to assist them.

Flying car racing:
It is possible to say that these races will be the most interesting and exciting motor sport in the world. The equipment needed by the teams and manufacturers will compete by Alauda. The teams will include both companies already in the racing world and new companies. Thus, an intense competitive environment will be created.

Racers will be able to use the latest electric powertrain mechanisms developed in partnership with companies in the world of motorsport. In this way, the dream of a zero emission future will be strengthened. Electronic pitstopes and a head-to-head competition will also attract the attention of e-sports viewers.

The last manned tests of Airspeeders are technically ready. These flights will take place in the desert surrounding the company’s headquarters in Australia after the coronavirus outbreak has become a global health problem. The first race is planned to be held in 2020.

Test phase:
The facility was established in Adelaide, Australia. This selected region has become a global center in space and rocket technology, as the desert surrounding it is a great place to perform manned and unmanned flights. This facility will host engineers and technical experts as the company’s technical base.

The company’s global business hub is already established in London, the capital of the UK. In this way, a close relationship will be established with technical expertise in the motorsport, aviation and electric powertrain development industries.

The company is currently in the advanced testing phase. MK2 electric flying vehicle trials were completed in 2019. The team of test pilots from the U.S. Air Force and Martin Aviation will test the MK3. Ultimately, these vehicles will be able to reach 200 km / h.

Apple Works On A New Screen With the iPhone 11 Processor

Google Could Present The Pixel Fold With A Folding Screen This...