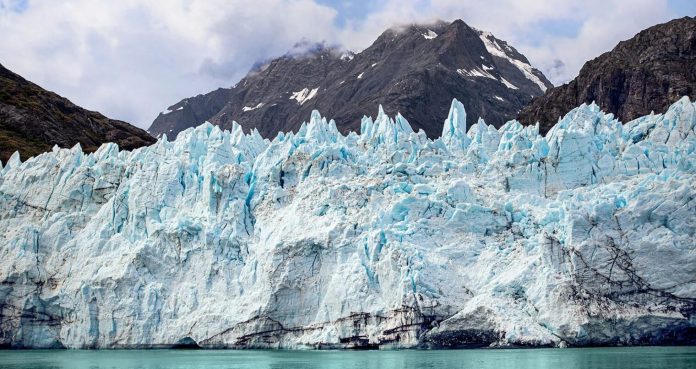 Alaskan glaciers bear witness to a rare event. The Muldrow glacier in Denali National Park started moving 50 to 100 times faster than normal. Scientists have called this phenomenon in Alaskan glaciers a fluctuation, and because it rarely happens, they do not fully understand why. However, the common view is that this rare fluctuation will increase in frequency due to climate changes.

Alaskan glaciers are moving 50 to 100 times faster than normal

Jonny Kingslake, a professor of environmental science at Columbia University, said in a video interview that glacier fluctuations are truly bizarre events. According to Kinsglake, these fluctuations have fascinated glacier scientists for years. The movement of the glaciers is not seen for the first time. Under normal conditions, glaciers move millimetrically with the seasons. However, fluctuations increase the speed of this movement.

Around 1 percent of the world’s glaciers, clustered in certain geographic areas such as Alaska and some parts of Tibet, experience cyclical periods in which they move much faster than normal. During these periods, some glaciers gain speed at least 10 times their normal speed. However, it is stated that the incident in Alaska occurred very rarely.

The National Park Service stated that the surge created new cracks. For this reason, the NPS has warned about 1000 mountaineers who want to go to Denali for climbing purposes.

Since fluctuations are very rare occurrences, the factor causing them could not be found exactly. However, experts have said that this particular surge event on Muldrow Glacier is unlikely to be linked to climate change. Geological evidence shows that Muldrow has experienced fluctuations in the past about once every 50 years, the last one in the mid-1950s, and in fact delayed for a new surge.

However, recent research suggests that water melting helps ice release. In 2012, scientists studied the fluctuations in the Austfonna glacier, Europe’s largest ice field. In one of those ripples, enough water gushed out to fill 1.7 million Olympic swimming pools. The researchers noted that melting water due to rising temperatures accumulates and may be responsible for triggering this ripple event.

Alaskan glaciers are not the first to move abnormally fast. In 2002, a glacier in Russia traveled 17.7 kilometers in six minutes and hit a village. As a result of the impact, 100 people living in the village died. When the glacier hit the village, it reached a speed of 241.4 kilometers per hour.

The Muldrow Glacier surge has come to be seen as a routine event on our increasingly warmer planet.