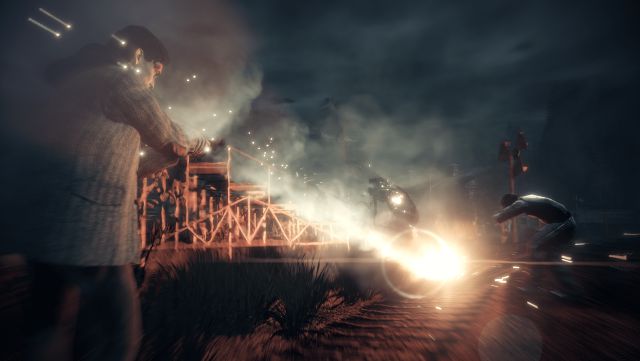 In this analysis we are going to tell you how the passage of time has sat down to one of the company’s most beloved titles and to refresh a little how the original was, something that will come in handy to prepare us for its second part, already announced for 2023.

The Game Every David Lynch Lover Should Love

Alan Wake is a third-person adventure that draws on exploration, tense moments and mystery to bring the title to life. The protagonist, a successful writer of the same name as the video game, is dragged by Alice, his wife, to enjoy a vacation in a mysterious little town called Bright Falls. What was to be a well-deserved break turns out to be Alice’s plan for Alan, who is going through a time of mental block, to find inspiration again and continue writing.

Alan Wake has a large number of very well resolved points. The first, for example, we can see it in its episodic format, which emulates television series. Another is his script, which takes a multitude of references from authors such as Stephen King – whoever else – or Neil Gaiman among others. If to all this, in addition, you add a strong inspiration for the work of David Lynch and one of his most acclaimed hits on television as Twin Peaks, success is assured. As a final point is the gameplay of him based on shots, effective and different but very criticized in his day for how repetitive it could be.