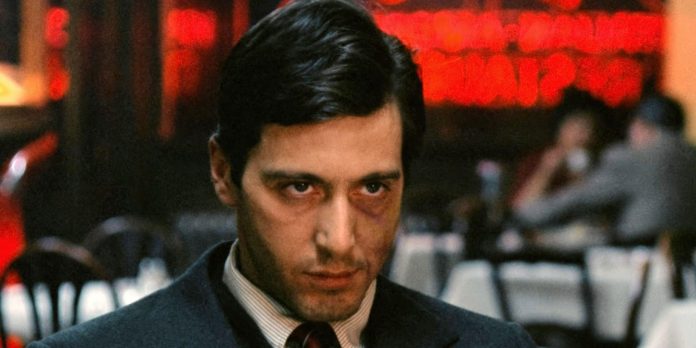 Legendary actor Al Pacino recalls how he was almost fired from Francis Ford Coppola’s classic Hollywood film The Godfather. Originally released in 1972, the popular mafia crime film was met with rave reviews and quickly climbed the box office chart by almost $86 million. With subsequent reissues, the film grossed almost $740 million over its lifetime (adjusted for inflation). Since then, this film has become a cultural phenomenon and has been recognized as one of the greatest films of all time. “The Godfather” ranks second in the updated list of “100 years … 100 films” of the American Film Institute for 2007, second only to Orson Welles’ cinematic masterpiece “Citizen Kane”.

Pacino plays Michael Corleone, the youngest son of crime boss Vito Corleone (Marlon Brando) in an epic historical drama. After returning from World War II, Michael initially wanted nothing to do with his family’s criminal business. However, after two attempts on his father’s life and the murder of his older brother, Michael found himself too deeply involved in the illegal affairs of the Corleone family. By the end of the film, Michael assumes his duty to his family’s criminal enterprise and becomes the new leader of the organization.

During a performance at the Tribeca Film Festival (via Deadline) Pacino recalls that he was almost fired from The Godfather. The venerable actor remembers that he was always under constant threat of being fired. He admits that Coppola helped save his role by rearranging an important scene in which Michael kills Virgil Sollozzo (Al Lettieri) and policeman McCluskey (Sterling Hayden) in a restaurant. Read what the actor says below.

They were going to let me go. Francis said: “I want you to know I believe in you.” Francis moves this scene forward. I liked the studio.

Coppola’s attempt to retain the role of Pacino was clever, since the scene in which Michael kills a representative of the Tattaglia family and a corrupt policeman was so important and difficult to shoot that special effects were required to simulate the murders. Re-shooting the scene for the sole purpose of replacing one actor would cost the studio thousands of dollars. As the story went, Pacino kept his role, and the murder in the restaurant turned out to be one of the most memorable scenes in the whole movie.

Since “The Godfather” has gained status since its release several decades ago, it’s hard to imagine another actor who could embody the charmingly resistant son of Corleone, who must go to crime to save his family. Once Robert De Niro was considered for this role, but eventually he was passed over, and only later he starred as a young Vito Corleone in the Oscar-winning sequel “The Godfather 2”. Pacino’s legacy as Michael is firmly entrenched in Hollywood history, as “The Godfather” is now considered one of the greatest films ever made, and this assessment does not seem to change anytime soon.

Criminal minds have long proved that BAU does not need a...