Home Entertainment Akshan: The New Champion Of League Of Legends 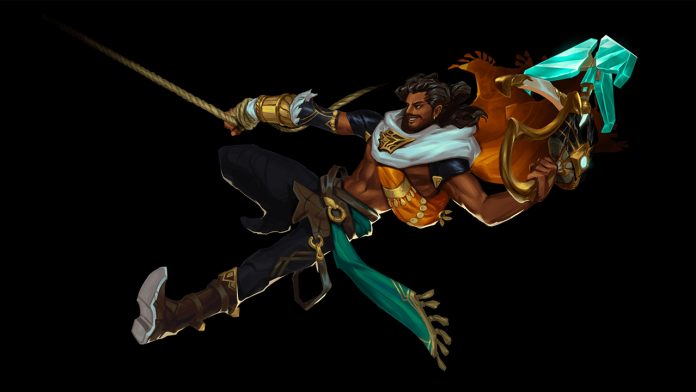 Akshan, the new character of League of Legends, has been announced. Announced with the video, Akshan has abilities that can disrupt the balance of the game.

Riot Games is periodically introducing game modes and new champions to keep League of Legends alive. Akshan passive on W resets the cooldown on allies killed in their base. It is stated that the new champion will make a big difference in the game. Akshan’s main weapon is a hook, and the hook is pretty handy when it comes to mobility.

Akshan could upset the balance of the game

Riot Games may want to change the gameplay by adding such a capability for the first time. Akshan can move quickly around the map thanks to his hook. The hook gives Akshan a huge mobility advantage. The new champion will be released this month as part of the 11.15 update and will enter the beta process this week.

Three hits from Akshan’s attacks and damaging abilities deal some physical damage. If the target is a champion, Akshan gains a shield.

After Akshan attacks, he performs a second attack dealing reduced physical damage. The second attack can be canceled just like a normal attack. If Akshan cancels the second throw, he gains a burst of movement speed.

Akshan throws a boomerang that deals physical damage and reveals enemies hit. Each time the boomerang hits the opponent, it expands its range.

Passive: When enemy champions kill one of Akshan’s teammates, they mark them as “Low”. When Akshan defeats a Villain, he gains bonus gold and all allied champions killed by a Villain are resurrected at their base.

Active: The champion camouflages for a short time or indefinitely when near terrain. During this time, Akshan can see paths to champions marked Low, gaining movement speed and mana regen when moving towards them.

The champion fires a hookshot that can penetrate the terrain. When the hook clings to the terrain, the hook swings circularly towards the shot location and as it swings, it can fire projectiles that deal physical damage to the nearest enemy. When Akshan takes down an enemy champion, E’s cooldown is reset.

Akshan locks onto an enemy champion and begins powering his weapon to store ammo. At the end of the duration or after being recast, Akshan releases stored shells, each dealing physical damage based on missing health to the first minion, champion, and structure hit. The Champion can move normally while channeling and firing R. He can also use his E ability.