Home Entertainment Akon Believes That Kanye’s “Genius” Behavior Is to Take Away Votes From... 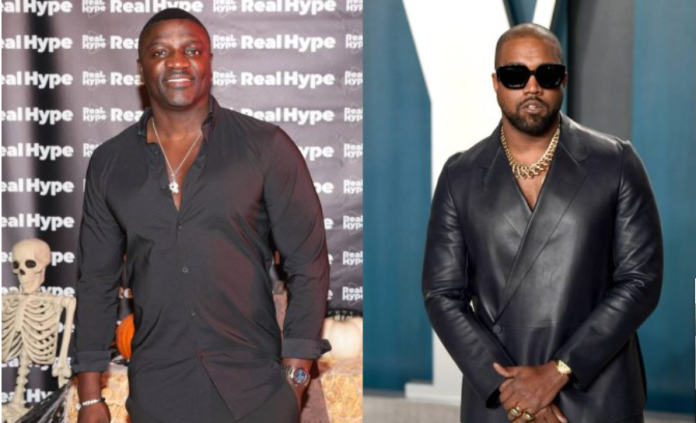 Akon addressed the recent controversy surrounding Kanye West, saying that he considers the rapper’s actions part of his plans to become the next president of the United States.

While many artists, celebrities and politicians have publicly condemned West for his remarks, Akon has now expressed support for Kanye in a new interview with sports analyst and former NFL player Shannon Sharp.

“I always protect people that no one wants to protect,” Akon said. “I will always defend Kanye West, because I always believe in life, and an opinion is just an opinion. If you say something I don’t agree with, I just don’t agree with it. But I’m not going to jump around like crazy and let it affect my energy.

During the interview, he also said that he believes West’s recent behavior is part of a conspiracy to take away the electoral base from Donald Trump in the next presidential election.

“In order for Kanye to have a chance, he needs a part of this base. That’s how he gets it. And he knows it!”

West was a candidate for president of the United States in 2020, but lost his candidacy, gaining 50,000 votes. At the time of his departure, he announced plans to run again in 2024.

Akon’s comments came against the backdrop of the official start of Trump’s presidential campaign in 2024.

Speaking yesterday (November 15) at the Mar-a-Lago Hotel in Florida, Trump announced: “To make America great and glorious again, I am running for President of the United States tonight.”

He was reportedly urged to postpone his candidacy in 2024 after an unsatisfactory performance by Trump-backed Republican candidates in the 2022 midterm elections last week.