Home Entertainment Airspeeder, This Is What Human-Piloted Racing Drones Look Like 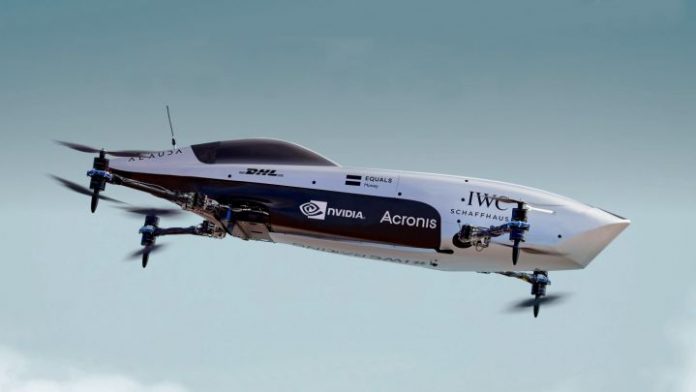 Airspeeder: In recent years we have seen how drones were placed in the audiovisual market. Now, more than ever, it is very easy to take aerial shots of a specific object or area, but this is not the only application for this type of device. And it is that with a certain preparation their function changes to become speed machines. But why not scale it up and ride a human pilot inside it? This is the concept of the Airspeeder.

This is the VTOL car to compete

In the line at the top of this paragraph you will find two words that we could only see in a science fiction movie. The first is a single-seater, which will probably lead you to think of the Formula 1 cars that compete in Grand Prix all over the world. The second is VTOL, an acronym that we have already told you about on occasion and which means Vertical Ascent and Landing Vehicle. With it we have referred to both vehicles and drones, from which the racing version called Airspeeder is born.

This concept of flying car consists of an elongated structure in which the electric motor, the cockpit with its controls and four propellers that are located at the four ends of this to lift the device fit. This composition will allow you to move in all possible directions, but the best thing is in the part that propels the propellers. And it is that vehicles of this type have a power that allows it to reach 100 km / h in 20 seconds and a top speed of 125 km / h. All this with an approximate weight of 130 Kg.

One of the things that are very interesting about the Airspeeder is that it has a system that avoids collisions as much as possible. In air competitions, a failure can be fatal and to avoid it, it will have a radar and its proximity sensor that recognizes both obstacles and other VTOLs. But there is an important doubt and it is autonomy. And is that for the vehicle to stay in the air for longer, it needs a box to change its battery, which can be replaced in about 20 seconds. It is slower than a tire change but it is true that it pollutes less.

As far as competition is concerned, we could see a first race with these unmanned Airspeeders at the end of this year, as discussed in ReviewGeek, while in 2022 we would see the first races with a pilot inside.

Pokemon: What stats should you always train EV