Home Tech AirPods Could Work As A Recognition Method 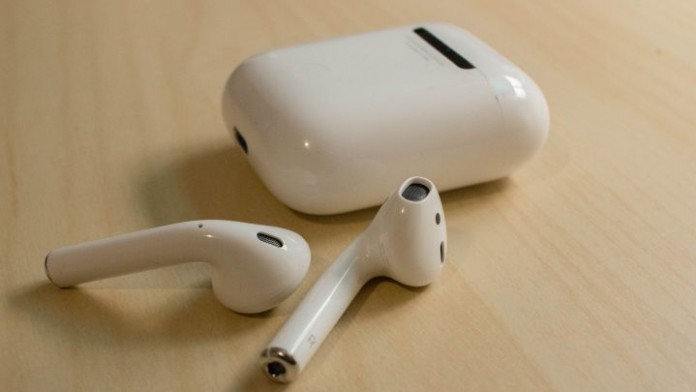 AirPods: For many users of the bitten apple, it is important to have an ecosystem made up of several brand devices. Of course, the basis of everything is a productivity or entertainment device, such as an iPhone or a MacBook from which to work or play all kinds of content. But those from Cupertino always want to offer a comprehensive service and that is why they are looking for a way to make the AirPods behave as a recognition method.

Apple is thinking about new ways in which it is possible to improve its devices. And it seems that lately it is finding ways to improve those gadgets in order to make them either more useful or more compact. Today we have to focus on a new patent that is looking to use AirPods as an identification device.

Currently FaceID or Touch ID, depending on the device or version, is the most used system to unlock a phone, but the Californian company is looking for ways to give additional use to its accessories. Until now, the company’s headphones had as an extra function to activate the device’s virtual assistant, but the new patent filed can help in the search for a new function.

What Apple raises is something of the most curious and it is to use a way to determine that it is you through your hatred. It may sound implausible to you, but the paper says that “several characteristics of the user’s ear provide an echo of the ultrasonic signal that is unique to the user. Variations in the surface of the wearer’s ear canal can cause the ultrasonic signal to reflect off the surface and generate an echo with a signature associated with the wearer.”

A new way to unlock a terminal

It may not be the most conventional, and less to unlock a terminal, but the truth is that it is ingenious. If the feature appears in the most modern AirPods models, it would be a clear advantage over its competitors and a feature that would put it ahead.

However, users are still eagerly awaiting the return of Touch ID to the firm’s phones. This would be possible with a fingerprint sensor under the screen as it happens in many competing devices and that may sooner or later collect the Cupertino signature.