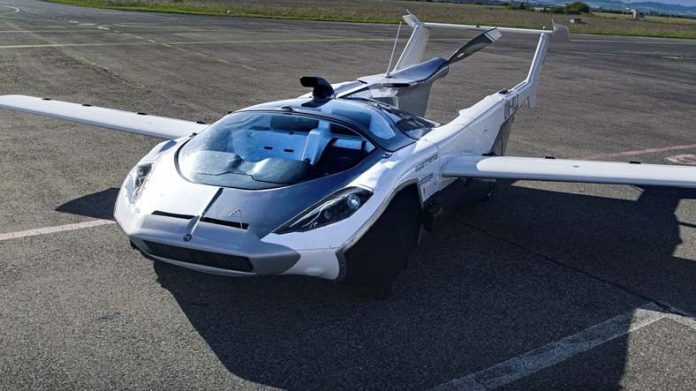 AirCar, flying car; The flying car named AirCar, which has been under development for several years, performed a successful test flight lasting 35 minutes. The flight, which started in Nitra, Slovakia and ended in Bratislava, the capital of the country, was carried out by the inventor of the project, Prof. It was perfect for Stefan Klein.

A professor named Stefan Klein has been working on a real flying car, which he called “AirCar” for a while. This car, which has a special design and is powered by an engine manufactured by BMW, has been in the air for about 40 hours so far. Klein, who recently made a new flight, completed another successful test that took 35 minutes and took off from one airport and landed at another airport.

AirCar takes up enough space to fit in a lane in the city. When it is put into airplane mode, the vehicle that opens its wings becomes ready for flight in just 2 minutes and 15 seconds. The car, which needs a runway-like road for takeoff and landing, can fly around 1,000 kilometers at an altitude of 2,500 meters. AirCar, which has a load carrying capacity of around 200 kilograms, can reach a speed of 170 km / h in the air.

AirCar, which can be used both in the air and on the ground

Founded by Professor Klein Vision, the company made statements about AirCar, which is still under development. Company officials, stating that they do not have big goals for entering the sector, state that 40 thousand aircraft orders are placed in the USA annually, and that only 5 percent of this will be directed to AirCar, which would be a huge thing for the company. However, whether AirCar will one day become a commercial product and how the certification processes will be completed is a big secret for now.