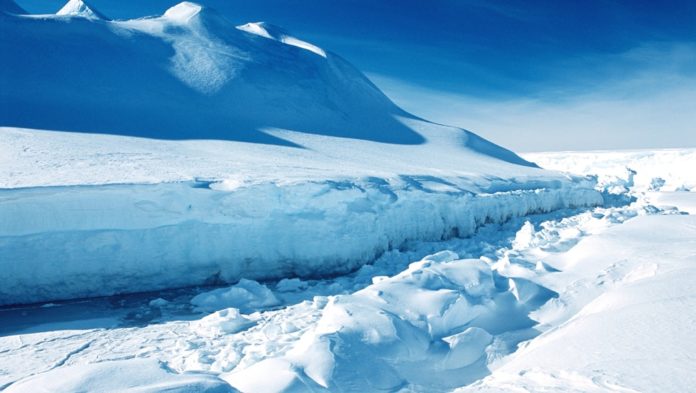 For the first time in Antarctica, the temperature went above 20 degrees and this record went down in history as a new record. In addition to the temperature measured at 20.75 degrees, there is a considerable melting point in the glaciers of the Antarctic seas.
Global climate change makes itself felt especially at the poles.

The temperature has risen above 20 degrees for the first time in Antarctica. This measurement was recorded as a new record. It was also determined that glaciers in Antarctic seas melted 9.8% more than normal level.

Brazilian scientists have determined that the temperature has reached 20.75 degrees on Seymour Island, located in the 16 island chain in Graham Land in Antarctica. In the statement made last week from the World Meteorological Organization (DMO), it was noted that the air temperature was measured at 18.3 degrees in the Argentinian Esperanza Research Base in the northwest of the continent, and this is the highest temperature value ever seen in Antarctica.

It is not part of the global warming trend:
Speaking to AFP, Brazilian scientist Carlos Schaefer underlined that this measurement is not related to the trend of climate change, the measured temperature is only one-time and will not be part of long-term data sets. Nevertheless, scientists warn that global warming causes the polar regions to heat faster than the rest of the world.

Schaefer notes that the highest temperatures previously measured are between 19 and 20 degrees. Schaefer also argues that the new temperature measurement is a signal that something new is happening in the area. Melting glaciers in Antarctica can endanger large cities and small island nations on the coast.

It was pointed out that January 2020 is the 44th consecutive month above the average temperature, and the world is getting warmer. It is stated that the highest temperature increase in the world is seen in the eastern regions of Russia, Scandinavia and Canada and the temperature of January is 5 degrees above average in these regions.

Alienware launches gamer notebook with AMD after more than 1 decade