Home Entertainment Air Date of Season 4 of Stranger Things Has Been Announced: First...

Posters from the fourth season of Stranger Things, one of Netflix’s most popular productions, were shared. In addition, the new season will consist of two parts; It has been added to the comments that the first part will be published on 27 May and the second part on 1 July.

Netflix, which is among the most popular cinema and series platforms, continues to be used by millions of people around the world. Stranger Things, which was first broadcast in 2016 and tells about the mysterious events experienced by a group of children in the town of Hawkins, Indiana, USA in the 80s, is among the most famous productions of this platform.

The new season of this production, which has a great impact in our country and in the world, has been eagerly awaited for a long time. In the past months, we have conveyed to you that the first trailer from the fourth season of the series has arrived. Now, new posters and information from the highly anticipated season have been shared.

The new season will meet the fans on May 27

Netflix shared four posters from the fourth season of the series under the slogan ‘Every end is a new beginning’ in its official accounts. While these posters featuring places such as Russia, Creel House and California excited all fans, it was also among the explanations that the new season will consist of two parts and when it will be released. According to Netflix, the first part of the highly anticipated season will meet with fans on May 27 and the second part on July 1.

Netflix, which also published a statement containing information about the season written by the creators of the series, Matt and Ross Duffer, said that the 4th season is twice as long as the other seasons; Therefore, he stated that it will consist of two parts. In addition, Duffer brothers, who stated that this season was the most challenging and the happiest season, said that the new season is the penultimate season; he added that the 5th season will be the last season. Finally, the creators of the series added that there are many exciting stories and new mysteries to be made in the world of Stranger Things, giving the signal that different productions that will take place in the same universe may come out.

Here are the published posters 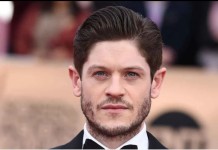 Game of Thrones: What we really suspected about the departure of actor Iwan Rheon

Pokémon Unite: see how to install the free game