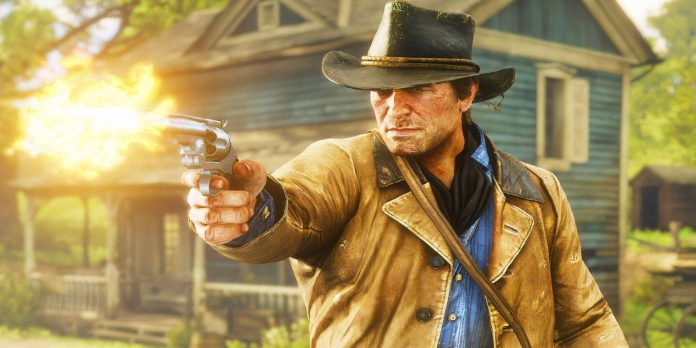 A fan recently used an artificial intelligence image generator to create a version of what Arthur Morgan from Red Dead Redemption 2 might look like as a Family Guy character. AI generators have become more and more powerful in recent years, and new programs are able to create almost anything that people can come up with. The main character of Red Dead Redemption, as the character Family Guy, is certainly an example of the constantly improving technology present in AI generators.

Red Dead Redemption 2 includes many memorable characters, from Dutch Van Der Linde to John Marsten and, of course, Arthur Morgan. Arthur became a separate character, despite the fact that he was not in Red Dead Redemption for reasons that players will learn during the epic story of the sequel.

Reddit user TheUncleG_ recently posted an image in the Red Dead Redemption 2 subreddit, in which Arthur Morgan is depicted as Family Guy. The style is exactly the same as in Family Guy, and many players have noted how impressive and comical the rest is. Although Family Guy has shown some iconic episodes, it’s not a show that many fans would think of linking to Red Dead Redemption 2.

Indeed, Red Dead is not a game that can be easily compared with other games. While many creators have decided to tell stories in the western format, the complex characters and impressive solutions in Red Dead 2 make the game unique among many of its analogues. Unfortunately for fans, it seems that Rockstar has said goodbye to Red Dead 2 in favor of continuing the development of Grand Theft Auto 6, which may have become one of the most anticipated games in gaming history. However, at least there is still a community of players who admire the amazing narrative presented in Red Dead Redemption 2 and its predecessor.

Fortunately for Red Dead fans, the legendary and playable story of Red Dead 2 will always be available, even if there is little future content in the universe. The good news is that games with a lot of plots, such as Red Dead Redemption 2, are becoming more and more popular. While many gamers like massively multiplayer games, there are also players who like how games can approach complex storytelling and allow people to interact with characters. As Rockstar works to release future games for its well-known franchises, players can hope that they will keep the high quality of games like Red Dead.

Red Dead Redemption 2 is available on PC, PS4, Stadia and Xbox One.

Mike Sorrentino from Jersey Shore recalls how he made a “difficult...

Activision Blizzard And Its Future On Xbox, What Games Do You...