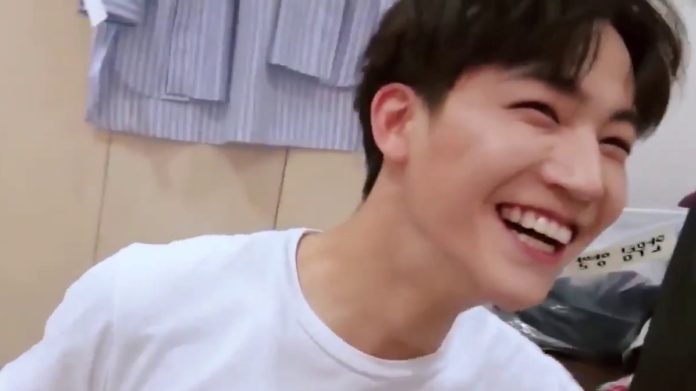 AhGaSe defends JB from criticism for using this instagram filter. The idol received a lot of love so that he does not get carried away by the negative comments.

After several of the members of GOT7 made live broadcasts to meet their fans, JB decided to take their networks to post some photos and videos using funny and strange filters. While one of them lengthened his neck, another stretched his nose and one more applied a colorful effect to his face, the group’s fans were happy to see the idol’s activity and know that he was having fun even being at home due to the situation he faces. Korea while fighting Coronavirus.

While Ahgase applauded Jaebeom’s confidence for showing this funny side to the world, some Korean ‘fans’ started leaving negative comments asking him to remember his role as an idol and delete the images.

Korean netz/ahgases just love to criticize idols just for being themselves. Jaebum is a most caring and respectful guy. His love for ahgases is huge for him to write songs about us and dedicate his work for all of us. If u can't love him for who he is then- #Respect_for_JayB pic.twitter.com/9aDuf7437p

JB frequently uploads and deletes his Instagram posts, making it uncertain whether he decided to delete them due to comments or simply because he preferred to remove them from his account as he has done with other photos. In addition, Jaebeom has expressed that his intention is not to have a perfect image as an idol , but he wants to be recognized as a musician and as a person who, like everyone, has good and bad days, making it known that he is not perfect either.

What is certain is that Ahgase did not consider allowing someone to try to limit the freedom of the GOT7 leader and, instead, expressed the support they have for him and his way of being. Therefore, fans began to use different hashtags to show their love for JB, including #Respect_for_JayB.

I love you because it's you ! dun worry just be what you wanna be. @jaybnow.hr

Fans shared their wishes that JB doesn’t change due to other people’s negativity and that he continues to be a joker and fun to communicate with his followers. In addition, some of his fans joined the joy that the idol brought and used the same filters as him, taking the confidence and courage that JB wanted to show by laughing at himself.

The group’s fans want to make sure Jaebeom knows about their support, as previously the idol used to frequently visit his account on the Fans portal and stopped doing so after some Korean fans complained about the way he interacted through this medium. However, JB used this medium to converse with Ahgase and joke as if they were friends.

Check out some of the fan tweets here :

I don't know that why you delete the cute pictures that create a smile. The picture that made us disappear, miss you.​we love you, we miss you, we love everything that you are​.#JB#Jaebeom #GOT7#Respect_for_JayB pic.twitter.com/lvPl6ePbXS

there's nothing wrong with these. he's just being adorkable. the only problem in here is the ugly heart of y'all. #WeLoveYouJaebeom pic.twitter.com/ZrO1h5QtBu

Why is Hodor’s tragic death different in the books?