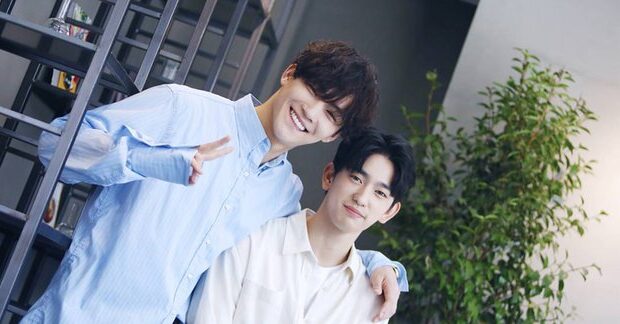 JJ Project is celebrating one more year of its debut and AHGASE has taken the opportunity to celebrate the wonderful friendship that JB and Jinyoung have created over the years. The bond that exists between them was notorious from their earliest years, since even in the staff that accompanied them from Bounce they were able to recognize the similarities between them, qualities that made them a great team with high potential.

It was also those characteristics that led them to compete together in an audition, although each went to JYP Entertainment on their own, for the final phase of the open audition these idols performed together, becoming the first duo to win this competition with a tie.

After just over a year, JB and Jinyoung would start a new project alongside JYP, joining other guys who were training within the company and forming the team to debut as GOT7. But JB and Jinyoung already had previous experience with their debut as JJ Project, which is why JB landed the role of leader and always had Jinyoung to bear the burden.

Thus, they obtained the titles of father and mother of GOT7, since the members recognize the great effort that this duo put in taking care of them and supporting them to become better artists. Although the ties between the 7 members have been strengthened, the union of JB and Jinyoung has a special aura, as it is proof of the complicity and affection that they have developed over time.

For that reason, GOT7 fans have come together to celebrate the 8th anniversary of JJ Project, who have always shown their love and appreciation for AHGASE. As part of this celebration, the hashtag # 8finityYearsWithJJProject has been used to send messages of appreciation and admiration to JB and Jinyoung, as well as to remember the best moments they have given their followers.

Although this is a date that coincides with his debut in music shows, a few days ago the anniversary of the release of the music video for Bounce was also commemorated, an ideal moment to remember the great story that JJ Project has shared.