Home Celebrity Agust D and Max premiere the acoustic version of Burn It, their... 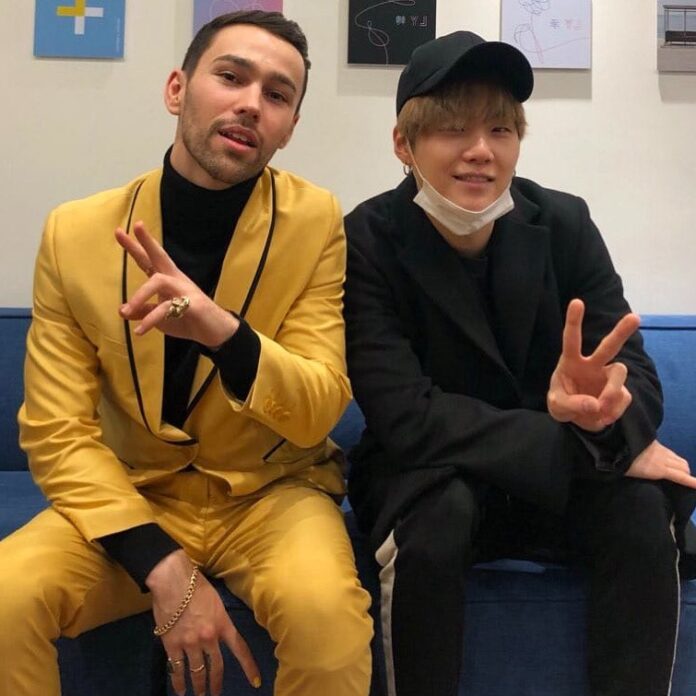 Suga and Max revealed the acoustic version of their collaboration ‘Burn It’, a track that is included in the rapper’s second mixtape, ‘D-2’.

The two music stars met during a basketball game, BTS was in the United States because they had scheduled dates for concerts, from that day Suga and Max created a good friendship.

Many times there was speculation if the two would work together, finally in the second Agust D mixtape released on May 22, Suga and Max joined their talents in the song ‘Burn It’, the first collaboration between the great friends.

On the official Max channel on YouTube, where he accumulates more than 1 million subscribers, today he released the clip called ‘Agust D (Feat. MAX) – Burn It (Acoustic Clip)’, the acoustic version of their collaboration. ‘Burn It’.

In the description of the video, the singer took the opportunity to send a greeting to the BTS member:

Max Schneider, real name of the interpreter of ‘Someday’, also thanked ARMY and commented that he hoped they will enjoy this version of ‘Burn It’, thanked his new fans for showing their appreciation and affection.

Watch the full video of the collaboration between Agust D and Max, the acoustic version of ‘Burn It’:

Jennifer Lopez victim of sexual harassment: a director asked him to...