Home Entertainment Agretsuko: Why some shows get darker over time 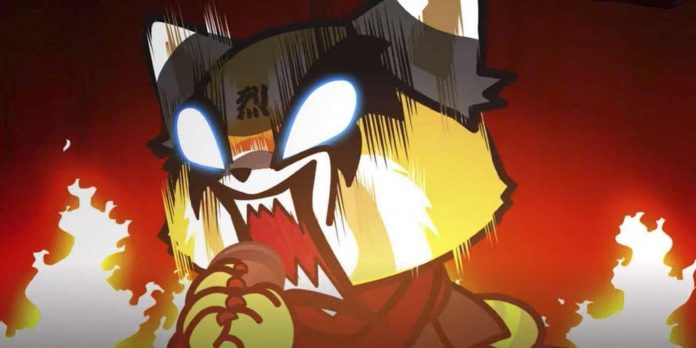 Warning: there will be spoilers for the third season of “Agretsuko”.

Shows that last longer than many thought can often face the problem of audience dropout. Repetition of themes, resolution of arches and many other factors can lead to the fact that the show will need to look for new ways to retain viewers. While some do this by endlessly introducing new characters, many even the lightest shows become gloomy over time, and Agretsuko is just one example of this. Although there have always been more serious moments, often leading to Retsuko venting her anger, the show begins quite easily and joyfully. However, soon the series begins to take a darker turn, and in some later seasons incredibly mature and gloomy storylines appear. How and why does a show that starts out so light become so gloomy over time?

Agretsuko plays Retsuko, a young office worker with a new face, excited about the start of her new adult life. However, not everything always goes according to plan, and Retsuko often encounters things in her daily life that make her angrier and angrier. She can keep a smiling, happy face, even despite this struggle, going to a karaoke bar every night and shouting death metal music.

How the light begins

Retsuko at work from the Netflix series Agretsuko

Retsuko’s first days in the office are accompanied by the expected struggle with a new entry into the corporate world, ranging from angry bosses to competitors at work. This struggle comes down to Retsuko, but in general there is nothing she can’t just deal with using a little time and death metal. Many of them even have an easier resolution, because the boss actually has a caring heart, and the rival at work does not just want to get Retsuko.

This beginning of the show helps viewers to get into the interests of the characters, as viewers will see how these characters live from day to day and cope with their problems. Many of these bright moments are charming. Too dark a beginning would just scare away some viewers, and there are many storylines about the world that can be played out.

Where it gets dark

As the seasons go on, Retsuko seems to be solving many of her interpersonal problems. In the third season, Retsuko gets hard. She joins an underground idol group and soon discovers that she has a stalker who is not thrilled with how she has changed the dynamics of the group. This culminates in very dark moments when the stalker chastises her for a long period of time, he puts her life in danger, and eventually the stalker makes an attempt on her life.

Obviously, this is a different level than the one the show started from. The grim twist was a shock to many, but it’s often a natural progression of dramatic shows focused on the lives of one or more characters. Once the audience was fully imbued with the characters, many of the expected storylines were played out. By this point, the audience had either completely immersed themselves in the characters or stopped watching the show.

With this in mind, putting characters in dark and/or depressive situations is often the logical next step. This gives the screenwriters the opportunity to tell a dramatic and confusing story about characters to whom the audience has already given a piece of their heart.

Other examples include some major series. Avatar: The legend of Aang begins rather darkly, but later reaches some depths that could not have been predicted in the beginning. Blood magic, face snatchers, and more mark the series’ bleak late seasons. In this particular example, the show has become darker not only for the previously mentioned reasons, but also as a way to show the characters growing up during their journey. They get into more serious confrontations and deal with them in a more adult way.

Another common reason why shows get darker is often that after the main plot threads have played out, the show has nowhere else to turn except inside for stories. This is often manifested in the fact that the characters have much more interpersonal than external clashes. This is when many shows will face the breakdown of relationships between characters and the shaking of dynamics between groups. These moments can be hit or missed, as they affect the previous audience point set using the main setup for the show. Shaking up what’s familiar can get in the way of staying engaged.

In general, the decision to make the tone darker is often a natural progression for series in which every storyline is not completely planned out. Most often, this direction can be seen in long-running series, which sometimes, but not always, go into the past when they should have stopped. While this doesn’t always mean bad for the show, sometimes it can be a bad sign for the future of the show.

Netflix Dropped Another TV Show after the first season