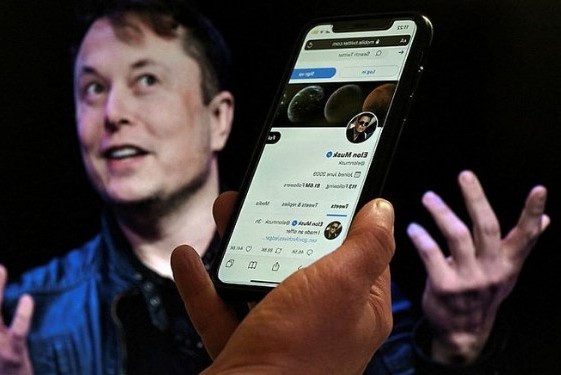 In the statement made on Twitter, it was reported that the agreement was reached to sell the company to Musk for $ 54.2 per share.

In the statement, it was noted that after the completion of the transaction, Twitter will become a private company.

“Freedom of expression is the cornerstone of a functioning democracy, and Twitter is the digital town square where issues vital to the future of humanity are discussed,” Musk said in the statement. used the phrase.

Stating that he wants to make Twitter better than ever, Musk noted that Twitter has tremendous potential and that he looks forward to working with the company and users to reveal it.

After Elon Musk made an offer to buy the whole of Twitter for about $43 billion, Twitter took a measure called the “poison pill” on April 15. The company’s board of directors unanimously approved the limited-term shareholder rights plan.

With this measure, existing shareholders other than potential buyers retained their right to buy more shares in the company at a lower price. It was stated that the plan would come into play if Musk or another investor bought more than 15 percent of the company’s shares.

In the news in the US media, it was reported that Musk started negotiations with the board of the social media company to buy Twitter. After the news in question, Twitter’s shares traded on the New York stock exchange gained more than 5 percent.

WHO IS ELON MUSK?

Elon Musk (born Elon Reeve Musk, June 28, 1971) is an engineer, industrial designer, technology entrepreneur, and philanthropist. Apart from his birthplace of South Africa, he is a Canadian and US citizen and currently lives in the USA, where he immigrated at the age of 20. Elon Musk is also the founder, CEO and chief of engineering and design offices of SpaceX; early investor, CEO and product architect of Tesla; founder of The Boring Company; He is the co-founder and first co-chairman of Neuralink and OpenAI.

Musk was elected a Fellow of the Royal Society (FRS) in 2018. He was also ranked 25th in the “World’s Most Powerful People” list published by Forbes magazine in December 2016, and ranked first in the “World’s Most Innovative People” list published by Forbes in 2019. Musk’s colorful personality also caught the attention of filmmaker Jon Favreau, and he made a brief appearance in the 2010 movie Iron Man 2. In addition, he coordinated in an interview that producer Jon Favreau spent time together with Elon Musk and actor Robert Downey Jr.[26]

Musk was born and raised in Pretoria, South Africa, to a Canadian mother and a white South African father.[28] He briefly attended the University of Pretoria [en] before moving to Canada to attend Queen’s University.[11] Two years later he transferred to the University of Pennsylvania, where he received a BA in economics from the Wharton School[29] and a B.A. in physics. and B.Sc. He received his degrees.[30] He moved to California in 1995 to start his doctorate degree and earned a master’s degree in applied physics and materials sciences from Stanford University, but decided to pursue a business career rather than an academic career.[31] He founded Zip2 (along with his brother Kimbal Musk), a web software company that was bought by Compaq for $340 million in 1999. Musk later founded X.com, an online bank. In 2000, it merged with Confinity, which founded PayPal the previous year and sold it to eBay for $1.5 billion in October 2002.

In May 2002, Musk founded SpaceX, an aerospace technology manufacturer and space transportation services company, where he is still CEO and chief of engineering and design offices. He joined electric vehicle manufacturer Tesla Motors, Inc. (now Tesla, Inc.) in 2004, a year after its founding, and became a product architect; He became the CEO of the company in 2008. In 2006, he helped found SolarCity (a subsidiary of today’s Tesla), a solar services company.