It is reported that eight-time PGA Tour winner Bryson DeChambeau will follow Phil Mickelson and former world number one Dustin Johnson in the Saudi-backed LIV Golf League, his agent said.

On Wednesday, Brian Wacker of the New York Post shared a message from DeChambeau’s representative confirming his departure from the tour.

Bryson has always been an innovator. He was always intrigued by the possibility of getting to the first floor of something unique. Professional golf as we know it is changing, and it’s happening fast.

The ad went viral in the golf pockets of Twitter.

“Congratulations to James Corrigan on this story — and Bryson for considering a country that cuts off people’s hands in a medieval way as “innovators”, although he could say that it’s all about money…,” Georgia Bingham tweeted.

“The man thinks he’s Einstein or something,” another user replied.

“Is Bryson really innovating here?” asked Brent Martino. “Or did he follow him as soon as he saw a couple of other guys chasing money?”

Bryson DeChambeau’s agent has not commented on whether the 28-year-old will retain or relinquish his PGA membership. 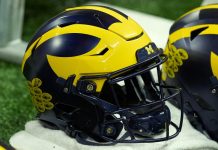 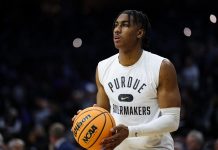