Home Entertainment Age of Empires IV Will Have Unlockable Videos in The Form of... 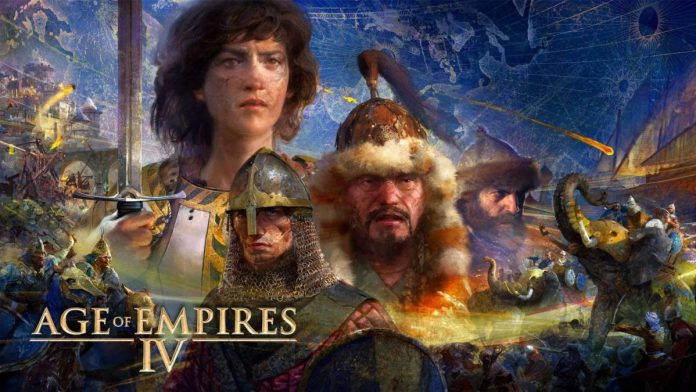 Age of Empires IV: Hands on History will be a library of 28 unlockable videos filmed by history experts from around the world. It arrives in October.Age of Empires IV will have an educational component when it hits stores this October 28 for PC. World’s Edge studio announced during the Xbox conference at Gamescom that they will include a catalog of 28 unlockable videos shot during the title development process; a glimpse of the hand of history experts who will closely explain the particularities of the places we see in the game.

This effort to offer audiovisual history classes will be called Hands on History and will be included in the game; it will not be a paid DLC. Thus, we can discover how the most iconic places of Age of Empires IV lived, fought and ruled in real life. One of the episodes, for example, will focus on the medieval trebuchet weapon, a footage shot at Warwick Castle in England with the mechanical engineer Dr. Shini Somara.

The great conference of this Gamescom 2021 is the Opening Night Live, which will have more than 30 titles in its conference, lasting two hours. If you plan to see it —in MeriStation we will cover it live minute by minute—, take note: the broadcast will begin this Wednesday, August 25 at 20:00 (CEST); with a preview from 19:30.

Games like Far Cry 6, LEGO STAR WARS: The Skywalker Saga, Tales of Arise, Genshin Impact, Super Monkey Ball Banana Mania, TMNT: Shredder’s Revenge, the first Call of Duty: Vanguard campaign video, the return of SAINTS ROW or Death Stranding Director’s Cut have confirmed their presence, although it would not hurt if games from 2022 such as Elden Ring or Mario + Rabbids Sparks of Hope, by Bandai Namco and Ubisoft, respectively, made an appearance. Both companies will be at the event and, to make matters worse, their names appear on the Gamescom list of games nominated for best titles. Soon we will leave doubts.

“We are thrilled to produce another Gamescom: Opening Night Live, which will feature more than 30 games from across the industry this year,” said event host and producer Geoff Keighley. “The community can look forward to new game reveals, updates on the most anticipated titles and other surprises with guests on stage,” he said on the occasion of the announcement.

Fallout: New Vegas is the best impossible to play game

Pokimane Is Stunned by What The Former Manchester United Star Gives...