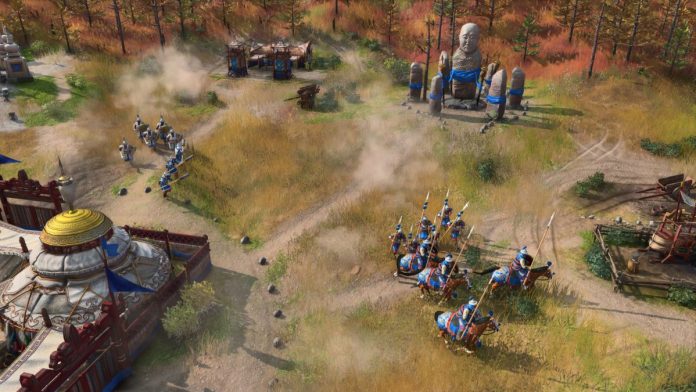 Age of Empires IV: The strategy saga returns after several remastering of the classics, this time from Relic Entertainment. Ensemble Studios closed its doors definitively after the launch of Halo Wars, but that has not meant that its star saga continued on its way. From Relic Entertainment, the real-time strategy series is returning with an entirely new installment, Age of Empires IV. Announced exclusively for PC, the video game has not missed one of the most important events of the year, E3 2021. During the conference, those from Redmond have dazzled with a new trailer and release date: October 28 on PC and Xbox Game Pass (from PC).

After the launch of Age of Empires II: Definitive Edition and Age of Empires III: Definitive Edition there is no turning of the page, we must look to the future, which goes through the fourth installment of the saga. From the studio, Shannon Lofti commented that developing time strategy games “is fun”, since it is essential to build the systems separately and then assemble them correctly. “But when you do, all of a sudden you have a game, a game that needs tweaking and debugging, where you know the core you’re going to release.” According to his words, it feels like part of the saga, an essence that they needed to rescue at all costs.

No crunch in the studio

One of the topics that raises the most debate within the video game industry is crunch, perhaps a somewhat polite way of calling labor exploitation. Be that as it may, at Relic Entertainment they have worked in a way that does not require resorting to such questionable practices. “Fortunately, this is not a problem at Relic. I don’t even remember the last time we had a crunch. If I remember correctly, with Company of Heroes 2 we had a couple of weeks of overtime, “said Quinn Duffy, director of the video game, in an interview with the German media Golem.

Age of Empires IV will be released on PC, so there is no console version announced yet