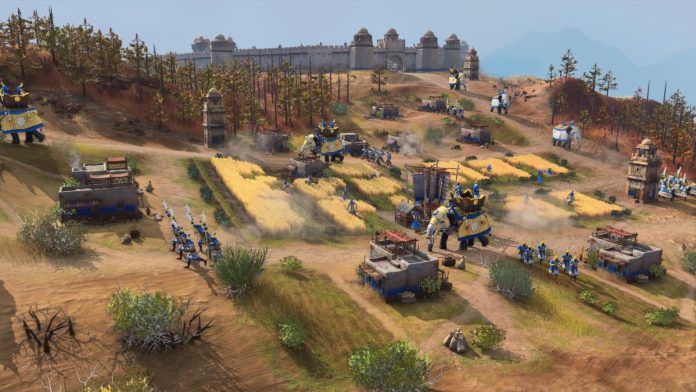 Age of Empires: Microsoft had already promised that April 10 would be a day full of news for fans of Age of Empires, and it was right! Today she broadcast an event focused mostly on Age of Empires IV and finally showed a little more of her gameplay and features.

At the invitation of the producer, we watched the video in advance and watched a presentation with Adam Isgreen, the franchise’s Creative Director, accompanied by Quinn Duffy, the game’s director, and Philippe Boulle, the narrative boss, who kindly showed us the news. Check below everything that was shown again!

New civilizations on the way

The event has already started with everything revealing that one of the new playable civilizations in Age of Empires IV will be the Delhi Sultanate, or Delhi Sultanate. Its greatest attraction is its large battle elephants that cause great damage on the battlefield, serving as a mount for the troops.

Next, Chinese civilization took the spotlight, showing a little more of its unique architecture and imposing armies in action. There were even fireworks going on in action as the mighty Mongolian army attacked ravenously! With the gameplay captured on video already in the real engine of the game, it was clear that we are facing one of the most beautiful strategy games ever made!

The Good Doctor: 10 Things We Want To See In Season...