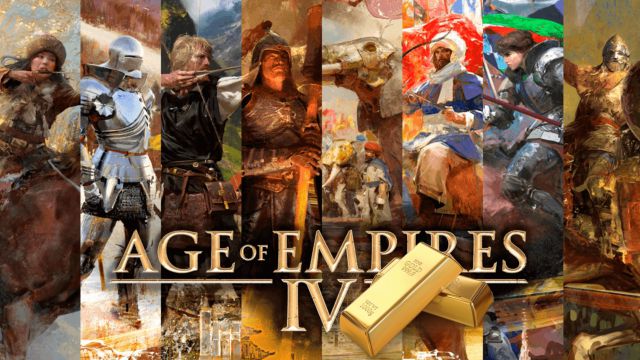 Age of Empires 4: The strategy game from Xbox Game Studios is planned exclusively for PC and Xbox Game Pass on that platform. The strategy classic has laid the last stone in the building, signed the latest diplomacy agreement, and fought the final battle for his golden empire. In short, Age of Empire IV is already Gold, its development has ended. This was announced by Relic Entertainment on the official website of the video game. Taking into account that the title goes on sale in a couple of days, the confirmation has occurred just a week before its launch.

“The time has come, Age of Empires IV is already gold! On October 28, open your way to victory with eight unique civilizations, four campaigns and different game modes, all of them in 4K. The study recalled that the title will be available on PC through Steam and the Microsoft Store, but also on Xbox Game Pass on the computer.

No news from consoles

Despite being a game developed by Xbox Game Studios, the fourth installment of the mythical strategy saga has not confirmed its presence on Xbox Series X and Xbox Series X. On other occasions, such as Gears Tactics, the title came out first on PC and then it was released on desktop consoles, although in that specific case the Xbox version had been revealed since the same launch.

Age of Empires IV will include some very special extras, different documentaries related to events or objects of a historical nature. This audiovisual material will be available for free and can be unlocked by playing, as confirmed by Relic Entertainment. From the beginning, the study has rejected the presence of microtransactions of any kind.

Hands on History will allow us to discover how they lived, fought and ruled in real life. One of the episodes that has been advanced will be focused on the trebuchet catapult. It was recorded in Warwick Castle (United Kingdom) and was attended by Dr. Shini Somara.