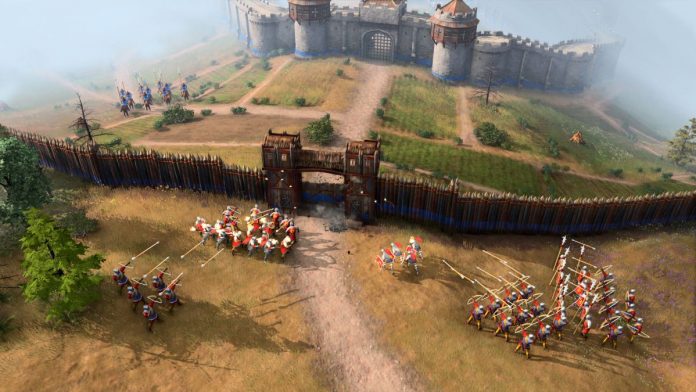 Age of Empires 4: The strategy game developed by Relic Entertainment will be released on October 28 exclusively for PC. It’s time to rally the troops and come up with new techniques for the war to come. Age of Empires 4, the new installment of the strategy classic, is about to hit the market, but Microsoft is still testing so that the premiere takes place in the best possible conditions. Through the official website, it has been announced that the technical test will take place from September 17 to 20, that is, during the weekend.

“We are preparing a large-scale test that will allow you to test Age 4 before its launch.” This test is open to everyone, so you can download the game on the Steam page or in the Xbox Insider application, without having to receive any kind of invitation.

Why are they doing the test?

Relic Entertainment has designed this beta to test servers and systems before the title hits stores. “One of the reasons we are hosting this event on a single weekend is that we are keen to get as many people involved during this period to ensure our matchmaking, lobbies and additional systems remain strong.” On this occasion, players who meet the minimum requirements will be able to join the game.

At Gamescom 2021 Xbox did not show any new trailer, but it did reveal that the title will incorporate various unlockable documentaries, which will be present in the product when it hits stores.

Age of Empires 4 will go on sale on October 28 on PC, both on Steam and in the Microsoft Store. In addition, Xbox Game Pass users on computer will also be able to access the title from the same launch day. For now, production will not move to Xbox One, Xbox Series X and Xbox Series S.

PS5: the beta of the new update will end a confusing...

Sniper Ghost Warrior Contracts 2 Delayed in its Version For PS5