Home News Age of Empires 4 Includes Changes That Can’t Be Made In Any... 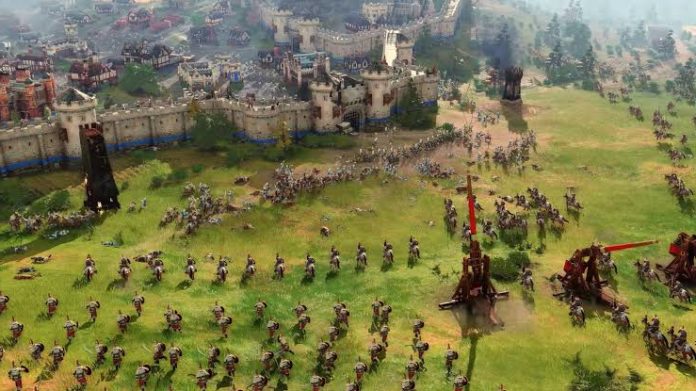 Microsoft announced the upcoming game of the legendary strategy game series Age of Empires. Age of Empires 4 is already eagerly awaited by a large community, but developers are staring at new players.

The developers behind Age of Empires 4 are trying different methods to attract new players. According to the creative director of the game, Adam Isgreen, they use “tons of things” to connect new players to the game, including analytical-based training and Art of War-style missions.

At Xbox’s X019 event, Isgreen was asked what AoE4 promises to new players and what plans they have to reach them. The director explained that he cannot explain much yet, but that they are working on innovations that have never been seen in Age of Empires before, and that change is too important to be played in any other game except the popular strategy series.

Isgreen says they will take advantage of the computational power they have to offer analytical-based training and anything they can see how players play Age of Empires 4. Thus, the new players will see what they do correctly, see what they have missed, and have a deeper experience in the game.

The developer also talked about Art of War missions, designed to help players learn the game and develop their real-time strategy skills, and are included with the newly released Age of Empires 2: Definitive Edition.

Art of War will be a feature in which players can learn to overcome difficult situations using some scenarios (such as being attacked by an opponent at the beginning of the game). He added that in Age of Empires 4, civilizations are different in many ways, and Art of War will have separate scenarios for all of them.

Unfortunately, the release date of Age of Empires 4 has not yet been announced. However, we are sure that more will be announced for the new game that creates excitement over time.

The man who saved the car of someone he did not...