Home Entertainment Agatha: The Chaos Coven Seems to be Marvel’s Most Unnecessary Project 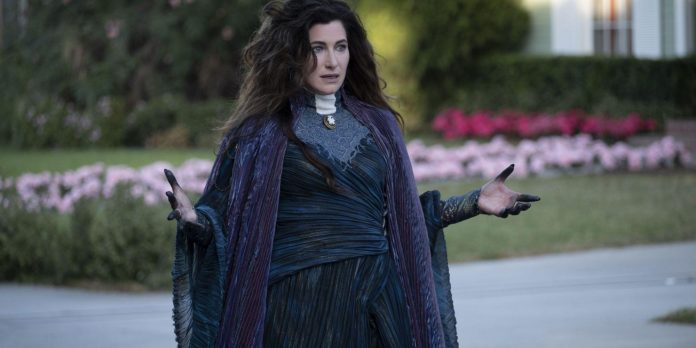 The Marvel cinematic universe has introduced so many characters, concepts, teams and ideas that it would take too long to give everyone their own day under the sun. As the studio abandons another five-year plan for future releases, and the discussion about superhero fatigue is reigniting, it’s worth wondering which parts of the franchise should be in the spotlight.

WandaVision was a huge topic of conversation when it came out, and the fast-paced world of superhero content talk may make it difficult to recall. Among the many truly brilliant aspects of the underrated series, the most outstanding was undoubtedly its supposed main villain.

RELATED: MCU: 5 Projects in which the Scarlet Witch Could Return

WandaVision was a great series that surpassed Marvel’s often formulaic model in many ways. The reintegration of the Scarlet Witch into the larger MCU was controversial, but her series was an important milestone in the genre that should stand out as a separate story. This is a personal narrative about power, in which the main character is the main villain. Amazingly, along with Wanda’s personal struggles, he manages to have a strong antagonist. This villain is Agatha Harkness, a powerful witch who embodies herself in the image of a charming curious neighbor in the illusions of the sitcom Wanda. While there, she subtly manipulates Wanda to gradually take over her power. Harkness has been in hiding for most of the series, so viewers haven’t had a chance to see much of her behavior firsthand. Her subterfuge and big exposure are the main goals of her character. She was supposed to serve a purpose, lose the fight, and then disappear. But she was played by Katherine Hahn, and she has a catchy song, so she became more popular than expected.

One of the great features of the cinematic universe model is that the studio can monitor the reaction of fans to new projects and make appropriate adjustments. A savvy studio uses this opportunity to cancel or recycle things that didn’t get the expected reception, or capitalize on what becomes a runaway hit. A less wise studio makes the same mistake over and over again, but Marvel has proven that it can use feedback wisely. So, when Agatha exploded and fans called her the best villain of the franchise, Marvel’s interest was directed in a slightly different direction. And when “Agatha All Along” was nominated for a Grammy, Agatha’s solo project became almost a guarantee.

However, the disadvantage of the same model is that these things take a very long time. Marvel couldn’t just move all of its previously promised projects to accommodate something popular. Of course, “Agatha” was a breakthrough, but as SDCC now confirms, countless other big names should return to the screen. Marvel makes promises to its shareholders, and moving things is scary, it involves risk, and risk is unacceptable for a large studio. This means that when whichever producer gave the green light to the idea of an Agatha Harkness spin-off, he did so knowing that fans of the show would need to keep up their excitement for almost two years and many other Marvel projects.

There will be at least 25 Marvel projects between the end of WandaVision and the beginning of Agatha: Coven of Chaos. Among them will be countless new characters and the completion of the narrative for a ton of old ones. The most notable in this case was “Doctor Strange in the multiverse of Madness”, which completed the story of Wanda Maximoff, which began in “Age of Ultron”, but took shape in “Vandavision”. Agatha was introduced into the MCU to serve as a minor antagonist in the story of a character whose arc is complete. She shows up, takes Wanda through her trauma, tries to defeat her in battle, loses and ends up in slavery forever. Throughout the series, she interacts with three significant characters, two of whom are dead. So, not bound by any idea of its original purpose and free from interaction with any other aspect of the ever-growing multiverse, what possible meaning can serve the further study of Agatha Harkness?

Agatha: Coven of Chaos is likely to offer little in the way of comprehensive narrative development for a larger MCU. However, this does not mean that it should not be produced. In fact, this may be one of the best arguments in favor of its existence. Agatha premiered in one of the most unique and transgressive parts of the big franchise. She is a favorite piece of the puzzle that exists apart from the ongoing Avengers superhero story. Don’t ruin her by involving her in a franchise she should never have been a part of. Even if it doesn’t add anything to the MCU, even if it’s just an excuse to bring Katherine Hahn back to an all-powerful role she easily dominates, “Agatha: Coven of Chaos” is worth it. Let the franchise see what it is capable of when it has nothing but a favorite performer in a solid role and a blank canvas.

Psychonauts 2 Enhances Almost Every Element of The Original Game.