YouTube: About to say goodbye to YouTube, which will be unavailable on the brand’s new devices from December, Roku may also stop offering another great streaming service soon. As reported by The Information on Friday (29), the company has a chance of losing Amazon Prime Video.

In a new contract dispute regarding the applications offered on its platform, Roku this time finds it difficult to renew with Amazon, which in addition to Prime Video also owns IMDb TV, available abroad. The problem would be in the data requested by Jeff Bezos’ company.

According to the publication, the retail giant would be pressing the partner to have access to the visualization data of users of Roku devices. She wants to know what subscribers watch in apps.

With the data, Amazon could find out how many and which users make purchases on its sales platform after watching ads on Roku’s system. This is done by comparing the information from the apps with what the company knows about the customers who buy on its website.

A possible exit from Roku’s Amazon Prime Video would be disastrous for the company. If the agreement is not closed, users of media players who subscribe to the service may end up migrating to other compatible platforms.

In addition, the devices would run the risk of no longer being marketed by the retailer, with the end of the contract. Remember that Amazon has already barred devices with Android TV for the simple reason that they didn’t load the Prime Video app at the time.

Importantly, the parties involved have not yet confirmed any outcome of the agreement. However, the same request was made by Amazon in the last contract update last year and denied. 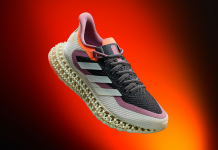