Home Entertainment After The Suicide Squad, James Gunn Is Not Done With The DC... 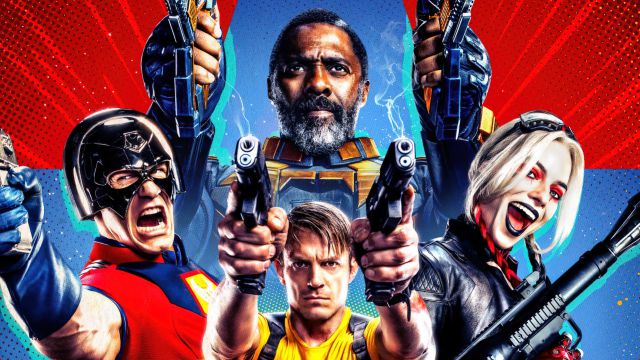 Suicide Squad: James Gunn also relates that DC Films gave him the freedom to carry out other projects, such as nothing less than a new Superman movie. We are in the weekend of the premiere of The Suicide Squad, the new madness of James Gunn with this peculiar group of villains, and that is a kind of reboot to the criticized 2016 film. It is not a total reboot, since they repeat characters like Harley Quinn, Rick Flag or Captain Boomerang, but it will serve to introduce new ones like Bloodsport or Peacemaker, played by John Cena and who will in fact have his own television series. As expected, this movie is just the beginning, and Gunn himself has ensured that he himself is willing to carry out some of the projects related to this universe of DC villains.

The same president of DC Films, Walter Hamada, already said that there are “more things planned” with Gunn in this cinematic universe, and Gunn seconded him stating that there are ideas for a hypothetical third installment of the Suicide Squad, or even some spin off. “I have all kinds of ideas, and we talk about it all the time,” Gunn said in an interview. “So I feel like I’m not done with this universe of villains yet.”

Why the Suicide Squad?

One of the curiosities that Gunn tells in said interview is that the Suicide Squad was not the only proposal he had from DC, but they also offered him to work with what is surely the most popular character in the history of the brand, in tough fight with Batman.

“When they first contacted me, it was really the DC project I wanted to do. The first thing they told me about was Superman, and the second about the Suicide Squad ”, Gunn recalls, assuring that they proposed to him to make the movie that he wanted. “Those were the first two projects, and then I had another one that was not talked about or thought about, and I mentioned Kyrpto on occasion.”

“It was very obvious that The Suicide Squad captured my imagination from the beginning,” he continues. “It was the most fun. People ask me why I didn’t do Superman or Justice League, I just saw that this was the most creatively satisfying story. I know someone is going to make a new Superman movie someday, but I don’t think anyone will tell the Polka-Dot Man story if I don’t. ”

The Suicide Squad is already in theaters, with a cast that includes stars such as Margot Robbie, Idris Elba or John Cena. Meanwhile, Gunn will also be engrossed in the future of Guardians of the Galaxy.

Overwatch 2 Will Reduce Its Teams to 5v5; First Official Gameplay