Home Entertainment After the rumors about the “Pirates of the Caribbean” Johnny Depp fans,... 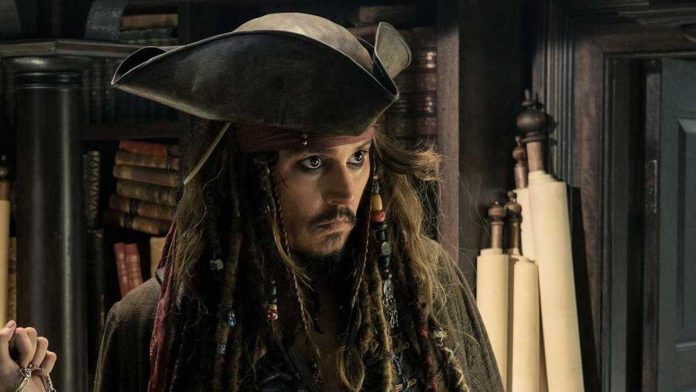 Over the past few months, countless headlines have been made as a result of the Johnny Depp and Amber Heard lawsuit. With cameras in a Virginia courtroom, several moments went viral when they came face to face in a defamation case. And after rumors about the “Pirates of the Caribbean” began to spread, Depp’s fans, of course, had “a million” alpaca comments.

One of the many viral moments that occurred after the trial of Johnny Depp and Amber Heard in the libel case was when the representative of the latter actress first asked Depp: “The thing is, Mr. Depp, if Disney came to you with $300 million and a million alpacas, nothing on this earth would make you come back and working with Disney on the movie “Pirates of the Caribbean”? The right one?” Since then, alpacas have been linked to the actor and even mentioned during cross-examinations, and Depp went viral because he laughed at the interrogation. Moreover, some animals even appeared outside the Virginia courtroom. And after rumors began to spread about Depp’s return to the role of Jack Sparrow (which were denied by his lawyers), the day of fights came on the Internet. Posts began to appear on Twitter, one of which reads:

There are rumors that Johnny Depp is being persuaded to reprise his role as Captain Jack in Pirates of the Caribbean with a $301 million deal. Is there any truth in these messages? Are there alpacas with this?

This insane amount of money was partly the reason that rumors about Johnny Depp’s return to the Pirates of the Caribbean franchise blew up the Internet. More than $300 is a huge fee even for an actor who has had a long career, like Depp. So perhaps we shouldn’t be surprised that Depp’s lawyers have denied this report. But this does not prevent the reaction of the Internet to be less violent.

During Johnny Depp and Amber Heard’s time in court, countless memes and TikTok were created about the former couple. Therefore, when rumors began to circulate on the Internet again that Depp was playing Jack Sparrow, memes followed. As you can see below,

Rumor has it that Johnny Depp was offered $301 million for another Pirates of the Caribbean movie after he said he wouldn’t make another movie for $300 million and a million alpacas — there’s no word yet that Disney is offering a million and one alpacas.

Of course, many snarky responses are also presented in text form on Twitter. Indeed, it seems that Johnny Depp has a lot of fans on the Internet who express their voices in support of actor Edward Scissorhands. Believing that Depp might actually be negotiating with the Mouse House about “Pirates of the Caribbean,” one fan wrote:

Of course, the rumors turned out to be just that. But for a short time it seemed that Johnny Depp could return to his most iconic role. But it looks like Disney won’t actually bring back Jack Sparrow for its two developing Pirates of the Caribbean projects. Another fan weighed in on social media and checked the alpaca’s name again, saying:

Although weeks have passed since the announcement of the verdict in the defamation case of Johnny Depp and Amber Heard, the Internet has not slowed down the pace of discussion of the former couple. Depp’s career definitely seems to be on the rise, with his musical performances and movies. In the meantime, check out the movie’s release dates in 2022 to plan your next movie.