Home Entertainment After the recent news about Fallout 5, Bethesda would have left money... 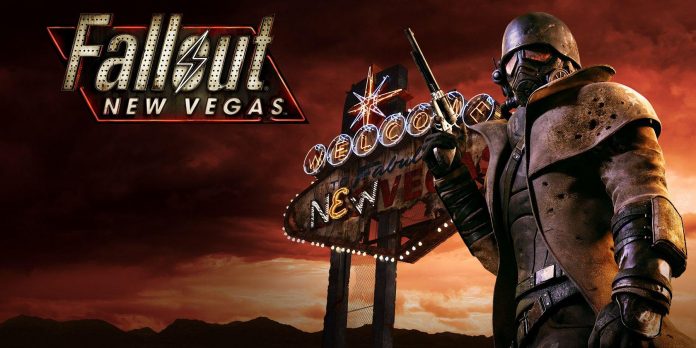 While everyone is looking at Starfield, many are undoubtedly interested in learning about the future of Bethesda and other projects. Unsurprisingly, comments were made about The Elder Scrolls 6, but many were surprised when Todd Howard uttered the words “Fallout 5”.

The release of Starfield is scheduled for 2023, and it’s no secret that The Elder Scrolls 6 will be released after it. The latter was announced in 2018, and Bethesda confirmed that there will be no news about it before the release of Starfield. So it’s not surprising to hear that The Elder Scrolls 6 is still in the pipeline, meaning it’s still many years away from release, but that’s not very good news for Fallout 5. However, it could be good news for Fallout: New Vegas.

RELATED: Fallout 76: What is Pitt?

Fallout 5 after The Elder Scrolls 6

Howard recently confirmed that Fallout 5 will be his next project after The Elder Scrolls 6, but it has far-reaching implications. The Elder Scrolls 6 is probably at least 4-5 years away, and if you follow this down the rabbit hole, then Fallout 5 is probably another ten years away. This would mean that Fallout 76 2018 is the last game in the franchise, and waiting for Fallout 5 could create at least a 12—year hole in the franchise.

Bethesda’s Starfield is a new venture, but the safest bets are Fallout and The Elder Scrolls. Each of them is a favorite, original franchise. It makes sense for Bethesda to make Fallout 5, but such a gap would be harmful to the franchise. Without a doubt, it would be exciting, like The Elder Scrolls 6 after Skyrim, but many were not and still are not happy with Fallout 76, unlike Skyrim. This means that the last single-player game in the franchise was Fallout 4, which could increase the gap to at least 15 years before single-player games.

What will happen before Fallout 5

Something related to Fallout should come out without these 15 years, something should happen before Fallout 5. This year Fallout celebrates its 25th anniversary, which Bethesda celebrates with the release of the Pitt DLC for Fallout 76. Fans want something more, like HD remasters. or remakes of past games, and they still have time to get them. These can be improvements to the first three games, a package of classic games or a re-release of Fallout 4 in the style of the anniversary edition.

There is still time for that, but there should be one major release soon or during this 15-year hiatus. Fallout: New Vegas, although developed by Obsidian, is one of the most popular parts of the franchise. Fans wanted a sequel, a spiritual successor, such as the idea of Fallout: New Orleans, which surfaced several times, or at least a remake. Obsidian can make a Remake so that something happens in the franchise, or another developer can handle it – as it happens with other franchises. But it has to happen, one way or another.

Given that Fallout 5 is so far away and there’s such a gaping hole in the franchise, revisiting old games is the perfect way to fill it. Celebrating the original games, Fallout 3, Fallout 4 and honoring them in Fallout 76 is great and all, but the best game here is Fallout: New Vegas Remake. Any move in the franchise will help fill the gap, but New Vegas is the best option she can work with.

Fallout 5 is not officially in development.