Home Entertainment After the final verdict of Johnny Depp and Amber Heard, her representative... 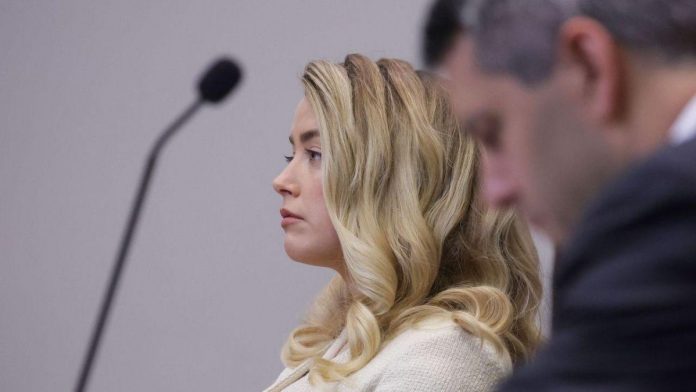 The public is now weeks away from a libel lawsuit between Johnny Depp and Amber Heard, but the dust hasn’t settled yet. Since the courtroom drama ended, Hurd has been sharing her thoughts on the verdict and discussing factors (such as hidden evidence) that she believes could have changed the outcome, which she did not consider “fair.” The legal representation of the actress has now confirmed that she is trying to appeal the jury’s decision, which requires her to pay Depp millions of dollars. And after the final decision was made and against the background of this appeal attempt, chief lawyer Hurd made a bold comparison.

The final decision on the court case between the two stars was made during a hearing last Friday. According to Deadline, it was believed that both sides would try to come to an agreement before Judge Penny Azkarat issued a final verdict. Amber Heard’s lead attorney, Elaine Bredehoft, reportedly engaged in a tense exchange with Azkarate before expressing her client’s intention to appeal. At the same time, the lawyer apparently referred to something said in another major ongoing court situation:

As stated at yesterday’s congressional hearing, you do not ask for forgiveness if you are innocent. And you don’t refuse an appeal if you know you’re right.

Elaine Bredhoft’s opinions come from recent hearings before a special committee of the House of Representatives, which centered on the uprising that took place on January 6, 2021. Bredhoft more specifically refers to the committee’s allegations that some Republican members of Congress sought clemency from former President Donald Trump in relation to the incident. This is a serious comparison, to say the least. In any case, it indicates how seriously her client takes the appeal in her case.

However, such a process can be somewhat difficult for Amber Heard. As the judge informed the star’s lawyer, the appeal will require her legal team to file petitions in court on her behalf. Hurd will also have to provide an $8.35 million bond, which includes 6% per annum, to get the case off the ground.

Prior to this latest event, the actress was already required to pay a large sum of money to her ex-husband Johnny Depp according to the verdict of the jury. Earlier this month, a seven-person tribunal found the Aquaman actress guilty on three counts of defamation, and as a result, Depp was awarded $10 million in compensation and $5 million in penalties. However, his ex-wife was awarded $2 million in compensation for her $100 million counterclaim.

Since then, Amber Heard’s financial situation has become a serious topic of discussion. After the announcement of the decision, her lawyers insisted that she could not pay the money. However, many people seem to have noticed that Hurd used a private jet a few days after her legal team made a statement about the money. Some may continue to discuss this issue now that the star seems set for an expensive appeal, which she and her legal team have 21 days for.

In general, from a legal point of view, the relationship between Amber Heard and Johnny Depp (who is about to return to court in the assault case) is still far from over. One should wonder how Hurd’s legal team will proceed financially- and whether her lawyers will make any further comparisons with other high-profile cases from the past or present.