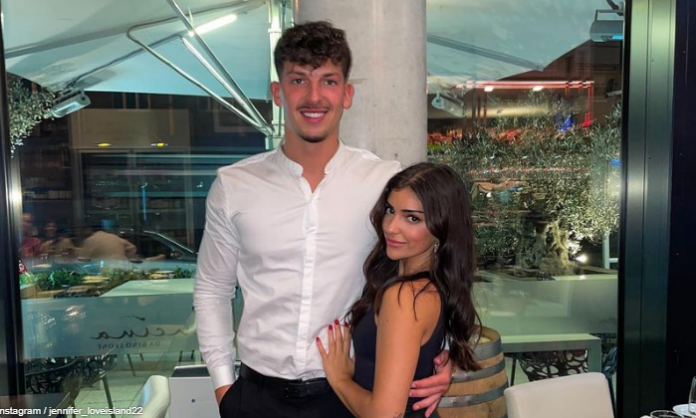 The next War of the Roses is about to start here! Jennifer, 24, and Nico, winners of last season’s “Love Island,” announced today that their paths have parted. Jenny explained online that she doesn’t want a dirty fight and doesn’t want to say anything more about it. But her ex clearly sees it differently: Nico shared it with Jenny!

“For me, this is not a drama, it’s just the fact that I’ve wasted my life over the past few weeks and months, and you’ve been playing the wrong game,” he wrote in his Instagram story against the infamous fame on television. She played with Niko’s feelings and just threw him out— her conciliatory text could not change anything in this. “Oh no, Jennifer, I don’t do drama. I say what I think and what is a fact, and I’m not hiding behind a fake text,” the Saarland native added angrily.

Earlier, Niko reposted a photo with a bouquet of roses from Jennifer’s story and clarified that they were definitely not his. Jenny obviously felt the attack on this and made it clear that the gift came from her friend. “Unbelievable… They are from me, because she had to go through a lot for a long time,” she was also upset.

Soobin and Hueningkai of TXT demonstrate their friendship