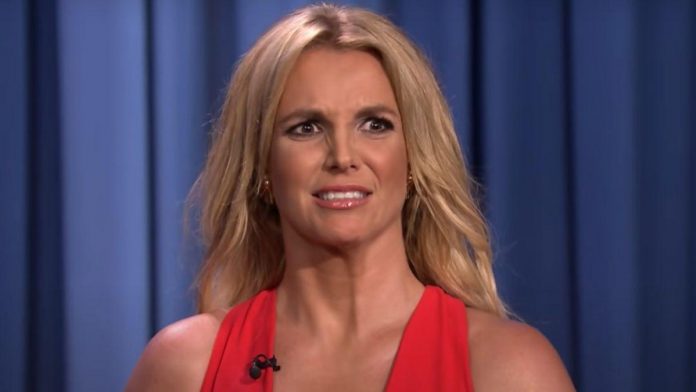 We are on the threshold of a historic moment when Britney Spears is going to release her first new music since 2016 — her first piece since her conservatorship ended — and she is doing it with the legendary Sir Elton John. It will be a huge step personally for the former pop star as she continues to enjoy her freedom after 13 years spent under the control of her family. But after the singer of “Baby One More Time” began teasing the duet “Hold Me Closer” on Instagram, which is due to be released on Friday, August 26, Spears completely deleted her account.

It is unknown why Britney Spears disconnected on Instagram so close to the release of her single with Sir Elton John, and whether this is due to the tension that has flared up in recent weeks between her and ex-husband Kevin Federline. Before she deleted her account, Spears posted a synopsis of the upcoming duet, in which Billboard reports that she and John sang a verse from his 1992 song “The One” before moving on to the chorus of “Tiny Dancer.” The clip was accompanied by a caption in which she invited them to enjoy a tea party with the queen, before thanking him warmly for the opportunity to cooperate. In part it read:

Maybe we should have tea time!!! Oh, and let’s invite Queen Elizabeth too!!! I bet she’s a brilliant behavior researcher!!! So we’re going to put things in order??? Because most of them say that it is a great honor for them TO KNOW ME SO WELL, and they only want happiness for me… you can bet your last dollar that THIS collaboration will improve my year by joining your brilliant hands of the game. Thank you for your generosity and for just thinking about joining you in such a brilliant song!!! How great it is to be the background voice ON YOUR song!!! Sir Elton, I did it thanks to your brilliant, creative and legendary mind!!! I am so grateful !!! I just keep giving, don’t I??? Can I get AWWWWE ???

The “Rocket Man” himself responded in the comments (according to ET), assuring Britney Spears that her contribution to the single was not just a “background voice,” saying:

More than a backing vocalist, darling. I can’t wait for everyone to hear what we’re working on!

Britney Spears’ other social media activity before deleting her Instagram account included additional “Hold Me Closer” ads and showing love for Madonna and Krispy Kreme (I can’t blame her for either). And although her IG account may be closed at the moment, the “Toxic” singer continues to tweet, noting that she is a little “stunned” at the thought of releasing new music after six years. She said:

I can imagine that a lot of things last year were quite difficult for the singer, who regained the freedom to drive a car, drink alcohol, get married, etc. after a judge revoked her 13-year custody in November 2021. Britney thought Spears had retired from music, so is releasing a new single as she deals with Kevin Federline’s high-profile interview about her relationship with her sons and ongoing legal battles with her family… I get tense just thinking about it.

I hope she takes care of herself and will be encouraged by the responses to her long-awaited duet “Hold Me Closer” with Sir Elton John. Brit has a lot of people, including J.Lo! — and millions of fans are ready to witness this great musical moment.