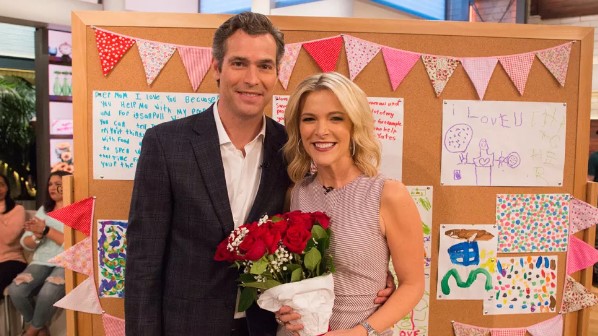 Megyn Kelly and Doug Brann had a funny exchange after she made a bold comment.

Megyn Kelly is back in the commentary game, having found a home on Sirius XM’s podcast The Megyn Kelly Show, and some comments she recently made have gone pretty viral. This includes a moment when she talked about the possibility of a divorce between NFL veteran Tom Brady and Gisele Bundchen, highlighting her own ideas about cheating and her husband. As it turned out, he had a funny answer to her viral moment, too.

To get into a hilarious comment, you need to know some background. First of all, Megyn Kelly has been married to writer Doug Brant since 2011; the couple shares three children together. The two sometimes talk about their relationship, with Brant previously recalling that they started dating during her time at Fox News and right after she acquired a security service thanks to a terrible stalking incident. (Kelly left Fox News in 2017.) While we’ve heard some tidbits about their relationship in the past, this time during Megyn Kelly’s Show, the personality and conversation host went viral after sharing her honest thoughts about marriage.

The comment was made during Kelly’s conversation with Canadian professor Gad Saad, in which the man said he did not believe that returning to football would be the main cause of Brady and Bundchen’s problems in paradise, calling it “statistically unlikely.” Instead, Saad said that potentially “emotional infidelity” could be the root cause. Kelly replied:

I can see that. I’m thinking about my own husband; I’d rather he spent one night with a woman than sit and cry with her.

The quick response wasn’t particularly unacceptable to Megyn Kelly, who has made a career out of outspoken comments. In fact, it was the second time the host went viral this week after she also called Trevor Noah a “ratings killer” following the announcement that he would be leaving the Daily Show soon.

How Doug Brant reacted after she made a comment on air

What’s a little more funny is the fact that Kelly then shared a news article about a viral comment she made with her longtime partner. Doug Brant responded with a funny quip, writing, “It looks like a trap.” You can see the exchange in the post below.

Some commenters had fun with the post on Twitter and Instagram, sending a meme “this is a trap” from “Star Wars” or calling her comment “an absolute setup.” News anchor Billy Bush even responded with a query: “Is it okay if Doug sits and cries with me?” I could use it.” Other names, such as Bethany Joy Lenz, sent laughing emojis.

And although the rumors about Tom Brady and Gisele Bundchen do not seem to subside, it seems that the former TV presenter and her partner are in a firm position and can joke about these cheater comments. You can see Megyn Kelly live (opens in new tab) from 12 to 14 hours. Eastern weekdays on Triumph (Channel 111).

Khloe Kardashian Reveals That Considering Having Tristan Thompson Be Her Sperm...