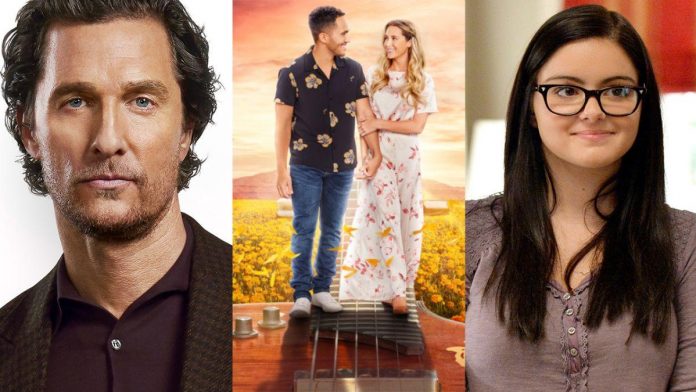 Celebrities have been leaving Hollywood for years, but this trend has really accelerated in the era of the pandemic. Chris Hemsworth and Matthew McConaughey were Los Angeles defectors before the pandemic, but in recent years Ariel Winter has left Hollywood for another coast, as have other celebrities, including James Van Der Beek, who also moved into the Covid-19 era. The list may be long, but among those first defectors was Hallmark’s Alexa PenaVega (and her frequent on-screen partner and husband Carlos PenaVega), who recently spoke about the reasons for saying goodbye to Tinseltown.

As it turned out, there were many reasons why the couple left Hollywood, but the main one was her husband’s mental state. In an interview, Alexa spoke about the rejections that Carlos faced during the changes for them. She told Fox News:

Carlos really struggled with the industry. At every audition he went to, there were conflicts between him and one other guy, and this guy always got it. The rejection became too hard for him. This went on for a whole year. I was pregnant at the time. We always talked about moving to Hawaii, but later, as a retirement plan.

However, these “pension” plans appeared much earlier. The actress talked about how the family planning component really led them to realize that moving from California makes the most sense. They just felt that their children would be better off if they grew up elsewhere, and eventually, between 2016 and 2021, they had three children who they raised outside of Los Angeles. She remembered:

But we also knew we didn’t want to raise kids in Los Angeles. I felt this jolt in my heart. I felt like it was God saying, “Guys, you need to get out of here.” It’s time. I didn’t want to move. I knew it was the right decision, but it wasn’t something that inspired me so much.

(Sidebar: If you’re going to choose “another place,” Hawaii is a pretty nice choice.)

Often people flee Los Angeles because of the fact that children are involved in them. Matthew McConaughey’s wife Camila Alves said she was ready to leave the city so that their children could hide from the paparazzi. Alves and McConaughey wanted to give them a “private way of growing up.” However, in the case of the Hallmark star, leaving Hollywood sounds like it was a really difficult decision for her personally.

You might think Hawaii is so exciting. But I loved Los Angeles. I liked my profession, and I didn’t want to leave. At that time, I felt that we were moving towards Carlos. But one day I was praying in my car, and suddenly I got a revelation. I felt that God was preparing us for this step. And we didn’t move for Carlos. We were moving towards my heart. It stopped me because all this time I thought we were just moving towards Carlos. But I needed a heart reset. I was trapped in the entertainment world, and I needed to take a step back. My work has become my identity. God pulled me out of this so that I could learn to be a great mom and a great wife. God helped us build this foundation in our family. And when I received this revelation, I felt at peace.

Her story is a little different from the story of many other celebrities who have decided that Hollywood is not for them. In the case of Hemsworth, the actor of the movie “Thor: Love and Thunder” and his wife Elsa Pataky wanted to raise their children in nature, in a place where they could spend a lot of time outdoors and even ride horses. And Ariel Winter previously explained that she was ready for a change and just thought: “Why not?” In her case, children were not taken into account in the equation at all, so it was a great time for her to radically change her life. There is no right or wrong reason to make a decision, and it should be noted that many other celebrities stay in Los Angeles for a long time.

Alexa PenaVega has been promoting the release of her new book, What If Love is the Main Thing (opens in new tab), which focuses on her childhood career in Spy Kids leading up to her adult career and her relationship with Carlos. After leaving Hollywood, they continued to work and even worked quite a lot together. Hallmark had Carlos and Alexa playing against each other in the already canceled Picture Perfect detective series, as well as in several one-off novels, such as Love at Sea.

Her next Hallmark movie with her husband is coming out this August. “Love in the Spotlight” tells about a couple who have been communicating as pen pals for many years. But will sparks fly when the “former boy band singer” returns to his hometown? This film is part of Hallmark’s summer movie schedule, and it will premiere on August 6.

How to disable hidden titles on a Samsung TV