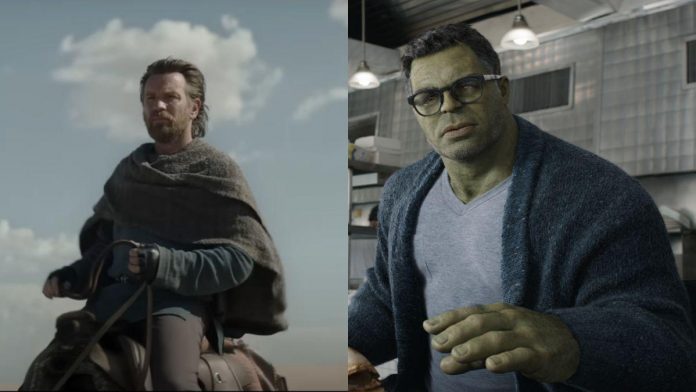 The two juggernauts that continue to create news and history in entertainment are the Star Wars franchise and the Marvel cinematic universe. Since the first one continues to be released on Disney+, and the second one should return with the upcoming film “Black Panther: Wakanda Forever”, the situation will not subside in any of the series in the near future. So what’s the best time for Mark Ruffalo to shade Star Wars, and for Ewan McGregor not to express his current interest in becoming a Marvel hero?

During his recent appearance at FanExpo Boston (via ComicBook.com ) McGregor did not completely refute the hypothetical situation of joining the ranks of Marvel. Rather, the actor’s hobbies lie in other areas that he wants to cross off his list in the meantime, which he shared with his audience in his answer below:

I don’t know. I don’t know if I want to. Because I like to do different kinds of activities. This is true. I love directing. I would like to be in the theater again. I definitely want to do it again, you know, I’m in this Star Wars world. I feel like I don’t need another one… I’m not looking for it anyway. I feel like I shouldn’t say I won’t do it, because two years from now you’re going to say, “You said you never intended to do it!” But I’m not specifically looking for it.

It took Ewan McGregor almost 20 years to finally return to the Star Wars universe through the Obi-Wan Kenobi series, so haste is not an important part of this man’s life plan. At the same time, while McGregor strives to stay in this galaxy far, far away, it seems that he does not mind being alone with the MCU. And that’s okay, because after Mark Ruffalo’s remarks about “Star Wars,” it might be awkward for these two potential colleagues to work together.

In another round of Disney+ press, one of its stars spoke about another important pillar of the company’s intellectual property. The big difference with Mark Ruffalo’s remarks is that when comparing “Star Wars” with the MCU in his interview with Metro, the She Hulk star cast a shadow on the corporate brother. However, it was a polite shade, as Ruffalo called Marvel a superior force with some compelling evidence:

I understand that these things take their course, and then something else comes. But what Marvel does well is that inside the MCU, as in the case of comics, they allow the director or actor to recreate each part in their own style, in their own likeness. Marvel usually lets them bring that into the material. If you watch Star Wars, you’ll get the same version of Star Wars every time.

Admittedly, although, according to Mark Ruffalo, it seems that “Star Wars” has fallen into a template rut, he has not completely turned down the opportunity to join this universe. Even when Ryan Johnson was hired to write/direct The Last Jedi, Ruffalo wanted to participate in the fun of Star Wars. Perhaps his comments above are a way of stating that he’s a fan of Johnson’s controversial sequel.

Big studios like Disney like to have long-term relationships with talents like Mark Ruffalo and Ewan McGregor. While both Star Wars and Marvel are still making a profit, the chances that one of them will join another universe may increase at any moment. Although, if you want to bet on who will make the first move, Ruffalo may be the current favorite, even after he has cast a shadow.

No matter which side you’re on, if you’re a Disney+ subscriber, you can enjoy the latest news from both Ewan McGregor and Mark Ruffalo. Ruffalo is currently reprising his Bruce Banner/Hulk role in She’s The Hulk: Sworn Attorney, and Kenobi McGregor’s Obi-Wan is about to release a behind-the-scenes documentary titled Return of the Jedi. Expect the new Star Wars online game to be released on September 8th as part of this year’s Disney+ Day celebrations!

The Location of All Mythical Weapons in Fortnite Chapter 3 Season...

In the new video “Thor: Love and Thunder” there are more...