Home Entertainment After Kena: Bridge of Spirits, Ember Lab should Focus on Games 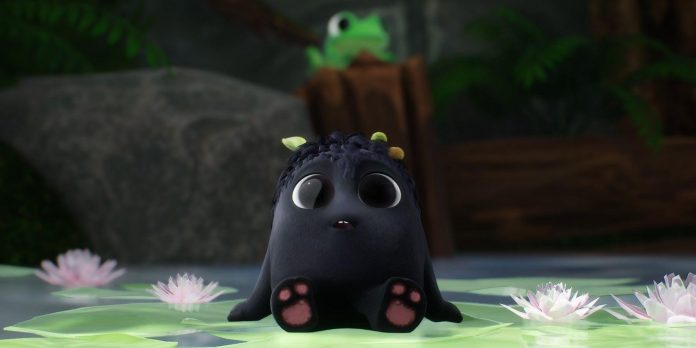 In 2021, Ember Lab surprised the world by releasing Kena: Bridge of Spirits, an ambitious indie game with cutscenes that look like they’re from a Pixar movie and a main character ready to become an action movie heroine. Despite the fact that the game has many features typical of modern adventure games, Kena: Bridge of Spirits stands out due to its inspiration from Southeast Asia, which is manifested in the soundtrack and colorful visual effects. Although gamers were not familiar with Ember Lab at the time of Kena’s release, it was subsequently one of the studios to pay attention to.

Kena has been on the market for a while, and during that time she has received her share of awards. However, gamers have heard little from Ember Lab about her plans and whether she intends to continue playing games. Although Ember Lab is good at making animated films, she should stick to video games as she has the skills needed to create masterpieces.

The Origins of Ember Lab and Kena: Bridge of Spirits

Ember Lab is a small studio created in 2009 by two brothers named Mike and Josh Grier. The studio started making animated short films and commercials for companies such as Coca-Cola, Hi-Sense and MLB, and this helped her gain experience and create a good portfolio. Ember Lab has also expanded and made animated short films, where her interest in video games has also manifested itself, as her short film “Terrible Fate” is inspired by The Legend of Zelda: Majora’s Mask.

According to Mike Grier, the idea to create a video game came up during a conversation over lunch, and although they had no experience in video game development, they were able to sell their idea to Sony thanks to their experience of presenting projects to the commercial world. When the game was first introduced to the world, its cute art style and quirky surroundings immediately attracted everyone’s attention. However, the studio was unknown and, understandably, there was some skepticism as to whether it would be able to fulfill its promises.

Fortunately, the tiny studio was able to implement its idea well, and after the release of Kena: Bridge of Spirits won the hearts of both gamers and critics. He was also able to receive the award for the best independent game and the award for the best indie debut game at The Game Awards 2021 ceremony, which marked a stellar start of Ember Lab’s stay in the gaming world. Kena managed to become one of the most famous releases of 2021, making Ember Lab an authoritative, award-winning studio.

Kena is a spiritual guide who helps restless souls make the transition to the spirit world. Restless souls sometimes find it difficult to let go of the situation and they cause chaos, but Kena gets help from Rot, cute black fluffy balls that speed up her movements and help her solve environmental puzzles. As if the Rots aren’t adorable enough on their own, players can also dress them up in the tiny hats they wear when following Ken. Kena’s main weapon is a staff, which she can turn into a bow that shoots arrows of light.

The game is a touching story of loss and grief, which is conveyed through a set of memorable characters. Along the way, players encounter characters who have gone through traumatic experiences, and Kena’s job is to help them deal with the pain, even if it involves an intense battle at first. Emotional highs become more impressive due to the fact that the game does not use a lot of dialogue, instead allowing players to piece together the story with facial expressions and subtle hints. While this may cause some players to feel weak about the plot, others may like the sophisticated style of storytelling.

Perhaps the most surprising thing is that Ken’s gameplay is complicated, and players will have sweaty palms when it comes time to fight bosses. Enemies have different moves, and they can be pretty honest, but relentless during showdowns, which has led some critics to compare the game to God of War and Dark Souls. This, combined with a phenomenal soundtrack, ensures that Ken’s boss battles will be unforgettable.

After the success of Kena: Bridge of Spirits, it would be interesting to see what Ember Lab can release next. Although Kena is great, especially when it comes to commercials, Ember Lab can make many more improvements. However, the future of the studio seems uncertain, and it is quite possible that its next steps will not be in the gaming sphere. When asked about a potential sequel to Kena, Josh replied that it’s not really in the plans, although the game’s universe does have a lot of potential for storytelling. Josh explained that if Kena’s world is explored further, it will be through “a more linear experience, like a TV show or a movie.”

Dying Light 2: Stay Human, Impressions. We Have Already Tried It!

Dragon Ball Z: A humiliating defeat of Vegeta was immortalized in...