Home Entertainment After his friendship with Kevin Hart was declared a conspiracy, Rock had... 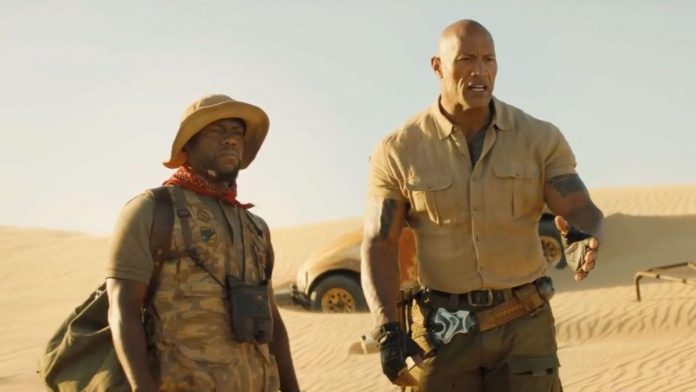 If you’re a Dwayne Johnson or Kevin Hart fan, then you should be a Dwayne Johnson and Kevin Hart fan. The duo has starred together in five films over the past six years. You can’t watch the films of one without seeing the other, and you certainly can’t see one of them in an interview without the other one sitting right there. They are clearly good friends and love working together. Except… what if they secretly hate each other?

This was the suggestion put forward in a recent edition of Ross Bohlen’s podcast, where it was suggested that while Rock and Kevin Hart may have gotten along at one time, the way the couple insults each other in interviews, maybe they don’t really like each other anymore. and they make films together only because they know that they will be successful. This theory was addressed directly by Rock himself, who responded to it, of course, insulting Kevin Hart.

This is an interesting conspiracy theory. That Dwayne Johnson and Kevin Hart don’t really like each other, but pretend because it’s good for business. However, the pretense goes so far, so the insults between them come out and show brief glimpses of their real feelings. It’s not really clear how much the podcast that presented this idea actually believes in it, but The Rock clearly finds it funny.

Although not in all friendships friends endlessly insult each other, we all know that many of them do, and Johnson and Hart have one of these friendships. Making fun of friends is something you can do because you’re friends and you know they won’t take it personally. This is very similar to Hugh Jackman and Ryan Reynolds’ “feud”, which, of course, is actually about two dear friends, but represents two people who are tired of each other.

It’s clear that Kevin Hart and Dwayne Johnson actually really like each other, and also tend to be successful at the box office. Almost certainly we’ll see them together again in something. It’s a win-win, because the studios will want to bring them together because they’re successful, and the two of them will definitely want to continue working together, if only to be able to continue doing interviews together and talk about how the other sucks.

A fourth Jumanji film is still under consideration, given the success of the first two. The more recent DC League of Super-Pets was the number one movie in the country last weekend, and if it’s successful enough, its sequel is also quite possible. And we should also get a sequel to “Hobbs and the Show” at some point, and Kevin Hart’s return seems likely, assuming the movie actually takes place.