Home Entertainment After GTA, What Other Game Trilogies Would Deserve A Remake? 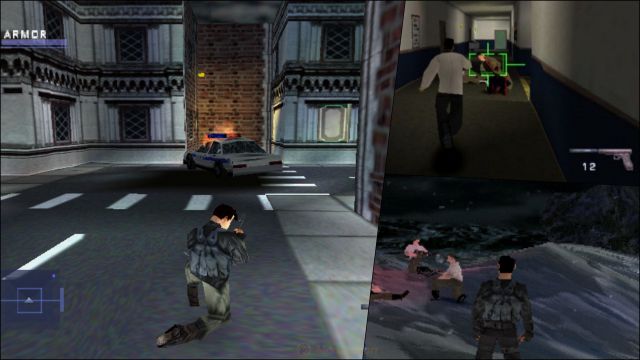 GTA: We review some of the classic trilogies that deserve to return to the forefront of today in the form of a remake. GTA The Trilogy leads the way. The presence of Grand Theft Auto The Trilogy: The Definitive Edition has started a debate within the community. What trilogies would you welcome back in remake form? The visual and playable facelift of GTA 3, Vice City and San Andreas uncovers the potential to re-see some of the old glories with today’s technology. They have news, yes, but Rockstar wanted to “keep the sensations of the originals.”

In this piece we will review five trilogies that deserve to return to the forefront of today.

Many born during the 2000s missed the adventures of Gabriel Logan and company on the first PlayStation console. The current Bend Studio brought the intrigue of espionage operations to the video game format in 1999. In practice it was played as a third-person adventure, combining puzzle solving with stealth. We were not facing a typical shooter, but it depended on our ability to understand the environment and how to use it to our advantage.

The trilogy closed in a matter of three years. Shyphon Filter 2 would appear in 2000, and the third installment would do the same in 2001. Later some spin-offs between PSP and PlayStation 2 would follow, but nothing would be the same as the main ones. If there is a brand with weight in the trunk of the publisher, that is Siphon Filter.

Samus Aran is in strict fashion. Metroid Dread has brought the 2D side of the series to a new audience, while also offering a great adventure to longtime fans. However, the 3D slope is at an unknown point. Metroid Prime 4 continues in absolute silence. That trilogy closed in 2007 with Corruption deserves a return to current systems.

The first two Metroid Prime are among the most popular shooters of the GameCube generation. But its success does not start from the elements of the genre, but rather by betting more on an adventure of exploration, where the combination of skills and learning are essential to solve obstacles. They are, without a doubt, a great interactive puzzle. It is the perfect example of how to bring to three dimensions the style of play that it adopted from its 2D origins.

Killer Class: anime “Kill or be killed”, which you need to...